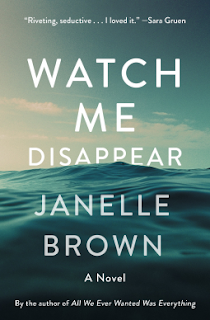 Who you want people to be makes you blind to who they really are.

It’s been a year since Billie Flanagan—a Berkeley mom with an enviable life—went on a solo hike in Desolation Wilderness and vanished from the trail. Her body was never found, just a shattered cellphone and a solitary hiking boot. Her husband and teenage daughter have been coping with Billie’s death the best they can: Jonathan drinks as he works on a loving memoir about his marriage; Olive grows remote, from both her father and her friends at the all-girls school she attends.

But then Olive starts having strange visions of her mother, still alive. Jonathan worries about Olive’s emotional stability, until he starts unearthing secrets from Billie’s past that bring into question everything he thought he understood about his wife. Who was the woman he knew as Billie Flanagan?


There are a lot of layers to this book.

Billie Flanagan disappeared a year ago, only her boot was found leaving her husband and her 16 year old daughter to heal and grow. But just as they are about to declare Billie dead her daughter Olive starts having visions of her mother or are they just delusions from a seizure?. Her father Jonathan decides to humor his daughter and look into some of her claims and what he finds leaves him reeling.  Who was Billie? She certainly wasn't the woman he thought he knew is she really dead or did she really just leave them to start over again.

The answers to all these questions are answered as the layers are slowly peeled back even until the last page.  I usually whip through books like this but this one while interesting seemed to take me longer to read.  I think there was a lot of filler that could be paired down to get us where the author wanted us to be.

This book seems to be about family and what holds them together.  The lies that create small tears in the fabric as it is woven together into a family and if you tell enough lies the fabric becomes weak and starts to tear and break down. The question is what to do next.

Olive seems like a typical teenager, angsty and upset that her mother is gone and troubled by these vision of her mother still being alive. Jonathan fell in love with a wild and adventurous woman who he is so afraid of losing he doesn't see the warning signs that something is very wrong. All the other characters orbit around these 2 in a messy way that sometimes seems forced and other times just seems out of place.

Overall this book was interesting and kept my attention.  The ending was a bit of a surprise....but was it really? What did you think?

Posted by Heidi (ReadingGrrl) at 1:40:00 PM No comments: Links to this post 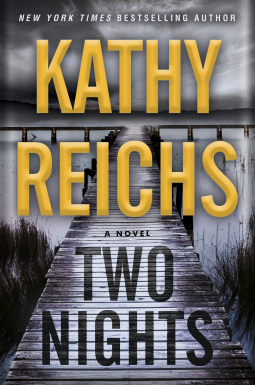 Meet Sunday Night, a woman with physical and psychological scars, and a killer instinct. . . .

Sunnie has spent years running from her past, burying secrets and building a life in which she needs no one and feels nothing.

But a girl has gone missing, lost in the chaos of a bomb explosion, and the family needs Sunnie’s help.

Is the girl dead? Did someone take her? If she is out there, why doesn’t she want to be found?

It’s time for Sunnie to face her own demons—because they just might lead her to the truth about what really happened all those years ago.


Not sure if Reichs has an intention of turning this into a series but if so, this is a good start.  I like Sunday she reminds me a bit of Lisbeth from the Girl with The Dragon Tattoo.  Lots of baggage, loner but kick ass.  I loved watching her trying to piece together what was happening.  I also liked seeing her evolve.  By the end of the book she is slightly different than when it began, leaving so much room for more.

Sunday and her brother August escape a cult where no one has names, they are named after the month or day they are born, there is nothing special about their names.  The whole cult killed themselves, including their mother before they were able to alert the police and this haunts Sunday. She feels somehow she let people down by not saving them from themselves.

This book is different than the Brennan series, so if that is what you are looking for you will be disappointed.  Aside from the obvious lack of scientific stuff I think having Sunday as more of an outsider instead of someone looking at crimes from the inside gives the character that much more latitude and also that much more to do to get to the answers.  She doesn't have to stay within the lines and can color outside the box, but she is smart and still has some in's with the law so she is outside but not too outside not to make it work.

I liked that she Reichs gave us some back story on her as well I only wish she had given us more about her brother who wasn't as deeply developed of a character.  There is definitely more there to be explored.

Overall I really liked this book, it kept my attention and I found the characters intriguing.

Posted by Heidi (ReadingGrrl) at 6:00:00 AM No comments: Links to this post 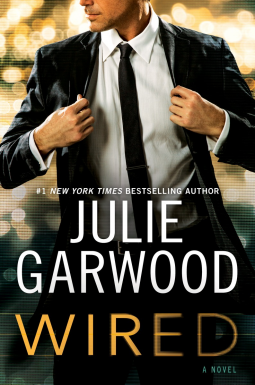 Allison Trent doesn’t look like a hacker. In fact, when she’s not in college working on her degree, she models on the side. But behind her gorgeous face is a brilliant mind for computers and her real love is writing—and hacking—code. Her dream is to write a new security program that could revolutionize the tech industry.

Hotshot FBI agent Liam Scott has a problem: a leak deep within his own department. He needs the skills of a top-notch hacker to work on a highly sensitive project: to secretly break into the FBI servers and find out who the traitor is. But he can’t use one of his own. He finds the perfect candidate in Allison. Only, there’s one problem—she wants nothing to do with his job and turns him down flat.

What Liam doesn’t know is that Allison is hiding secrets that she doesn’t want the FBI to uncover. But Liam will do nearly anything to persuade her to join his team, even break a few rules if that’s what it takes. A temptation that could put his job—and both of their futures—on the line...


I haven't read a Garwood novel in a long time so when I saw this on netgalley I was excited to revisit her. Contrary to other reviews I actually enjoyed the book. There were a few things that could have been done better but this followed your typical romance novel formula and was entertaining.  I always preferred her historical romances better than her contemporary ones. I guess I was just in the mood for the mind candy that these romance novels provide.

I liked that Allison was a strong smart character who didn't want to rely on Liam to fight her battles for her and was a modern day Robin Hood. The chemistry between Liam and Allison was great and I loved the way he just showed up for her, and how after a while she stopped even questioning it. The story flowed nicely and while it may have been a bit predictable it was still an entertaining read.

Disclaimer: I received an advanced copy of this book from the publisher through netgalley.com