(85) A psychotic killer and new love

I received this book as an advanced electronic galley from netgalley.com It was released on Oct. 11, 2011

Synopsis: One-hundred-and-three-year-old nursing home resident Ruth Brookes holds the key to an unsolved series of murders, and what she knows has never been more important. A psychotic killer is once again stalking gay men in the streets of Austin.

Meanwhile, Matt Bell has finally decided to break out of the social isolation he’s lived in since being shot by the still-at-large killer, and meets the handsome, broody, and shy Thatcher. Both men are fighting their own demons as the killings start again. Soon the body count is rising and their friends are dropping like flies.

Will Ruth give up her secrets in time to stop the madman before Matt and Thatcher find themselves in the crosshairs of his rifle? Only Ruth knows for sure, because life is seldom black and white—more often it is just shades of blue.

Review: I wish the book was as straight forward as the synopsis! I really liked this book but the beginning was a bit confusing. Too many characters were introduced without much reason as to why.  I started getting confused as to who was talking and who wasn't - even though the chapters indicated who was supposed to be talking there would be other characters voices thrown in.  Gregory seemed to pull it together about a third of the way in and the book took on a life of its own.

Who was killing the gay men in Austin? Could it be the gorgeous and broody Thatcher or is it someone else?  The police have no leads and can't tie all the murders together with the exception of ballistics.  Finally with the help of the FBI they start to piece together when the attacks usually occurred but not why there is often big gaps in time between shootings.

Its a great story once Gregory starts focusing on the main characters, and the main mystery.  The descriptions of the harrowing deaths of people from AIDS in the 80's is a painful reminder of what so many went through.  Its a good debut that could have used some fine tuning but hopefully he will work that out by his next book!
Posted by Unknown at 1:30:00 PM No comments: 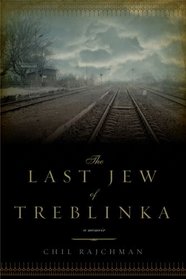 Synopsis: The extermination center Treblinka was located approximately 50 miles from Warsaw and became operational in June 1942. The sole purpose of the camp was the murder of Jews, a process which began immediately following disembarkation from the railway cars. The Nazis kept a few Jews temporarily alive to assist them in advancing the machinery of death. Rajchman was sent to Treblinka in 1942 at age 28.

Review: This is one of the most haunting and riveting books I have read about the holocaust. Rajchman escaped Treblinka after 11 of the most horrifying months. Starved, beaten and used as a barber to shave the heads of the women before they were gassed, or a "dentist" to extract the gold teeth from the mouths of the dead.  His account of the brutality, and sadism of his captors was horrifying.  Yes I've read accounts of camps before but none so vivid and detailed.  His details are almost detached as he watched men cover the pathways with sand to cover the blood so the next victims wouldn't see what was about to happen.  Having to sing to the cries and screams of Jews being gassed to death, removing bodies to be burned or buried. That this man had enough hope to participate in an uprising and escape, to go on living, after what he had seen and been forced to do is amazing.  Most would have broken under much less.  He survived to reveal what what happened, so that we can remember all those that were lost.
Posted by Unknown at 1:13:00 PM 1 comment: 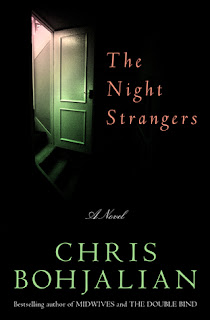 I received this book as an advanced electronic galley from netgalley.com It is being released on Oct. 4, 2011

Synopsis: Chip and Emily Linton wanted to escape a nightmare. Months before, Chip had ditched the jet he piloted into Lake Champlain after both its engines failed. His decision led to disaster: More than three dozen passengers died and Linton himself had lapsed into a PSTD response that verges on insanity. Now, he, his wife, and twin 10-year-old daughters have escaped, or so they think, to a decrepit Victorian mansion in New Hampshire's sleepy White Mountains. Before long, however, the house and neighborhood around it become scenes of threatening paranormal visitations and the family is thrust into a realm where uncertainty is the only norm.

Review: First let me say that this is not your normal Chris Bohjalian book.  I had mixed feelings about this book. I have read many of Bohjalian's books and loved all of them but this one was only so so.  It wasn't that I don't like creepy ghost stories because I do. There were really two different story lines in this book, one regarding Chip and his demons, and the 2nd the herbalists of Bethel. I loved the story surrounding Chip. The beginning of this book was terrifying and wonderful. The creepiness factor of this story line alone would have been plenty.

I definitely loved the way Bohjanian wrote Chip's character in the first person, making us feel what he felt, the fear the worry and the angst.  Fabulous.  I've never read a book where you felt like you were in the drivers seat the same way this one made you feel.

As for the herbalists of Bethel, I felt this story line jumped the shark a bit.  I don't want to give too much away but there were parts of this story line that just were too over the top. It was those moments that went from scary to "really? I just can't believe that". In many of his other books the "bad" guys were ambiguous but in this one they were a little more concrete and that took something away from the story for me.  Its like a spooky story that scares the hell out of you until you see the monster and it looks like a person in a rubber mask.  It looses the scare factor and leaves you a little cold.

So on the whole I thought this detour from Bohjalian's normal books was good but it could have been better.
Posted by Unknown at 1:40:00 PM No comments: