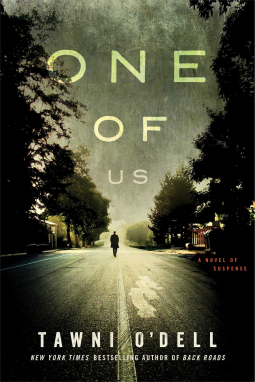 Title: One of Us by Tawni O'Dell
Publisher: Gallery Books
304 pages
Genre: Thriller

I received an advanced e-copy of this book from the publisher through netgalley in exchange for a fair review. It is due to be released August 19, 2014.

Synopsis: Dr. Sheridan Doyle—a fastidiously groomed and TV-friendly forensic psychologist—is the go-to shrink for the Philadelphia District Attorney’s office whenever a twisted killer’s mind eludes other experts. But beneath his Armani pinstripes, he’s still Danny Doyle, the awkward, terrified, bullied boy from a blue-collar mining family, plagued by panic attacks and haunted by the tragic death of his little sister and mental unraveling of his mother years ago.

Returning to a hometown grappling with its own ghosts, Danny finds a dead body at the infamous Lost Creek gallows where a band of rebellious Irish miners was once executed. Strangely, the body is connected to the wealthy family responsible for the miners' deaths. Teaming up with veteran detective Rafe, a father-like figure from his youth, Danny—in pursuit of a killer—comes dangerously close to startling truths about his family, his past, and himself.

Review: I originally requested this book because the main character is from Philadelphia and since I live there I thought it would be fun to read about different places I've been, but while the main character lives there most of the story takes place in Lost Creek.  Lost Creek is a struggling coal mine town where the family that owns the mine's also owned most of the people.  Throughout the years the mine owners have kept the town under their thumbs, but now the mines are drying up and the town is struggling even more. Developers want to come in and tear down some of its history to build structures that it says will bring money to the town, but the ghosts of those wrongly punished and hung (referred to as the Nellies) seem to be enacting their revenge and people are dying.

Sheridan Doyle is a direct descendant of one of the "Nellies" he grew up in the small town but has shunned its way of life and the town itself.  Wearing expensive suits he returns home to help his grandfather and finds the local police turning to him for help to stop the killing, but he doesn't realize that he may be connected to the killings in ways he wouldn't have thought possible.

Quirky characters and a man struggling to reconcile his past with his current self help move the story along.  I found this to be a quick read and engrossing story.
Labels: One of Us Philadelphia Tawni O'Dell thriller