ARC Review: All is Not Forgotten: A Novel by Wendy Walker 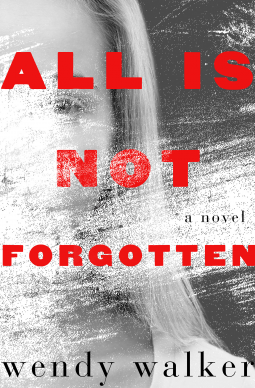 It begins in the small, affluent town of Fairview, Connecticut, where everything seems picture perfect.

Until one night when young Jenny Kramer is attacked at a local party. In the hours immediately after, she is given a controversial drug to medically erase her memory of the violent assault. But, in the weeks and months that follow, as she heals from her physical wounds, and with no factual recall of the attack, Jenny struggles with her raging emotional memory. Her father, Tom, becomes obsessed with his inability to find her attacker and seek justice while her mother, Charlotte, struggles to pretend this horrific event did not touch her carefully constructed world.

As Tom and Charlotte seek help for their daughter, the fault lines within their marriage and their close-knit community emerge from the shadows where they have been hidden for years, and the relentless quest to find the monster who invaded their town - or perhaps lives among them drives this story to its conclusion.


Sometimes not having the memories isn't enough to stop the past from haunting you.  Jenny Kramer was brutally attacked but given a treatment to make her forget, Sean a young soldier was given a similar protocol when he was wounded in Iraq. Both are struggling with the disconnection of what happened and their bodies still having a instinctual memory to the events. The narrator is the psychologist who helps them to try to find their way back to themselves.

This was a very interesting book.  I wasn't sure where it was taking me a few times. The story is fantastic the writing got long winded and meandering at times.  There were several story lines to distract you from the main focus, who raped Jenny Kramer, which would make a great movie but felt a little weighed down as a book.  Overall though I would say it is a good read, with a great mystery and a very interesting and ethically borderline premise.  Is it right to erase the memories of these people in the hopes that it will help them cope better? What happens in cases that need to go to trial? How can you have a reliable witness when they can't remember? Does erasing the memories really make the pain go away? Or does it just raise questions about how it came to be in the first place.

Definitely an interesting concept and a good mystery.

Disclaimer: I received this book from the publisher through
netgalley.com in exchange for an honest review.