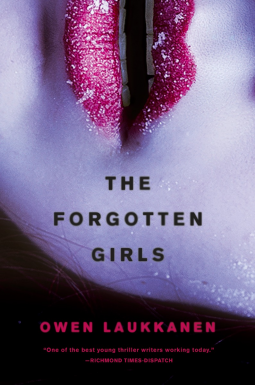 They are the victims no one has ever cared about, until now. Agents Stevens and Windermere return in the blistering new crime novel from the fast-rising, multi-award-nominated suspense star.

She was a forgotten girl, a runaway found murdered on the High Line train through the northern Rocky Mountains and, with little local interest, put into a dead file. But she was not alone. When Kirk Stevens and Carla Windermere of the joint FBI-BCA violent crime force stumble upon the case, they discover a horror far greater than anyone expected—a string of murders on the High Line, all of them young women drifters whom no one would notice.

But someone has noticed now. Through the bleak midwinter and a frontier land of forbidding geography, Stevens and Windermere follow a frustratingly light trail of clues—and where it ends, even they will be shocked.

This is the 6th installment of Stevens/Windermere series.  I haven't read the others in this series but that didn't seem to be too big of a detriment.  The Forgotten Girls is about speaking for those who society doesn't seem to think count. The homeless, the runaways, the prostitutes.  These are the women who have been disappearing for years and no one has figured out why.  There are rumors of a ghost that hunts along the Highline, but the law just think its a myth.  Stevens and Windermere discover the connection while a young runaway tries to find evidence to get revenge for her friend.

This book is more action driven than character driven but there aren't very many twists and turns.  I wish there had been more suspense or twists to the story.  Despite the story being predictable it kept me entertained and I felt it was a good read.  I wish I had connected to the main characters a bit more but there wasn't much to connect with.  I've heard that the other books by Owen Laukkanen are quite good so I may have to give this author another shot.  Overall I enjoyed the book I just wish there had been a bit more to it.