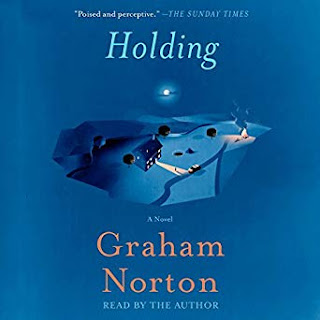 The remote Irish village of Duneen has known little drama, but when human remains are discovered on an old farm, suspected to be those of Tommy Burke - a former lover of two different inhabitants - the village's dark past begins to unravel. As the frustrated sergeant PJ Collins struggles to solve a genuine case for the first time in his life, he unearths a community's worth of anger and resentments, secrets and regret.

In this darkly comic, touching and, at times, heartbreaking novel, perfect for fans of J.K. Rowling's The Casual Vacancy, Graham Norton employs his acerbic wit to breathe life into a host of loveable characters and explore - with searing honesty - the complexities and contradictions that make us human.

Witty tale about a small town in Ireland and an unexpected crime. Graham Norton's personality shines through as he reads his novel. Well written with fleshed out characters this book is more than a whodunit. Holding is more a tale of people, how we lie to ourselves and others, how we change as we age and how small towns can also hold big secrets.

Even though there are quite a few characters they are all very well developed.  Some you love and even those who aren't so nice show their humanity. The mystery itself keeps your interest and keeps you reading or in my case listening.  I was pleasantly surprised by this find.