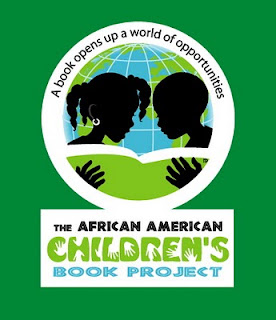 The 19th Annual African-American Children's Book Festival was held at Philadelphia Community College today.  There were a wide range of vendors ranges from those for educators to Children's book authors and illustrators.

They had a good turn out although I thought the room was laid out a bit strangely and wasn't very well organized.  Some of the Educational vendors had massive attitude problems as well.  When one of the vendors asked a woman if she was an educator and she responded yes but she had forgotten her ID the woman looked at her and replied "well I guess you're out of luck huh?" I was stunned.

I ventured to this book expo with a white friend who has two African-American children so he could look for books for his kids.  While there, one of the other vendors said to him "well if you had your kids with you I might take pity on you and give you a free book". Again I was stunned.  I don't know who recruited the volunteers or even if they were volunteers who were working the educator tables but they need to rethink who they send.  Alienating the people who attend is not the way to bring people back.

Aside from the rude staff I did find some interesting books.  I also found a great lacking in books for African-American boys of any age other than sports or history books.  There were plenty for girls.  Books about hair, books about teenage girls, books about self esteem for girls etc but none for boys.  I'm not sure why.  The more I thought about it the more I realized that most of the YA books I've read haven't had African-American protagonists, or even very many characters of color.  Where are all these books? Am I missing something? If I am please point me in the right direction!