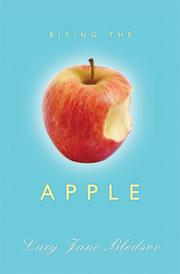 Publisher: Carroll & Graff Publishers
274 Pages
Genre: LGBT/ lesbian lit
Synopsis: Eve Glass, once an Olympic sprinter and now a motivational speaker, has achieved national celebrity. She's the author of two books, Going the Distance: Endurance for Achievers and If Grace is the Goal, and her career and fame are on the rise. Unfortunately, however, Eve's own endurance is waning and her confidence in her expertise on grace is paling. Worse, a former classmate has begun stalking her and threatens to go public with news of Eve's troubled past. Having been a product of other people's dreams her entire life, Eve is now a woman in search of authenticity.
Review: Interesting novel about finding who you are. The book was written in the perspective of 4 different people.  The first is Nick, Eve's High School track coach and current husband. When Nick first laid eyes on Eve (then called Marianne) he saw something in her that inspired him, a spark that made him want to take her under his wing and protect her, shape her and create her.

Joan is Eve's first lesbian lover and High School crush.  Joan's passion scares her and scares Nick even more.  She isn't in Eve's life very long but comes back as a New York Times writer determined to write a piece about Eve.

Alyssa is hired by Nick to take his place in "managing" Eve.  Protecting her, shaping her, and continuing to create the persona that Nick has created so far. Alyssa is a successful woman who earned a lot of money reshaping men in corporate America and she believes she can help Eve get even further with her career.

Eve has been managed her whole life. First by her mentally unstable preacher father, then by Nick and then by Alyssa.  It isn't until her life starts to slowly spin out of control that she realizes she doesn't really know who she is.  She has been molded and shaped by so many people and relied on them to guide her that she never really took control of her own life. It wasn't until she meets a poet who inspires her to be better than she is that she realizes it might be time to take figure that out.

I found this book so interesting, seeing things from all the different perspectives was really intriguing. The story doesn't have a neat end, its not all wrapped up and I think it was fitting.  You can imagine so many different endings or variations because the characters lives have been shaken up.  They are now all on a quest to figure out who they are and where they fit in this big world.
Labels: lesbian lit. lgbt