(24) There is no such thing as revenge 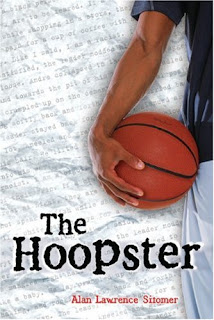 Synopsis: On the neighborhood basketball court, Andre Anderson jockeys for position among his multicultural group of buddies, but, off the court, the African-American teen's writing talent puts him in the spotlight. Given the opportunity to write a feature article on racism for the national magazine where he works as an intern, he addresses his feelings honestly. As a result, he is brutally attacked by a group of racists, hoping to silence his pen by symbolically crushing his hand in a car door. The incident incites a gamut of responses among his friends, his Latina girlfriend, and his family. His cousin, Cedric, collects a group of avengers and invites Andre's best friend, Shawn, to join them. The white teen is torn between loyalty to his pal and his nonviolent sensibilities. Andre's father, also victim of a racial attack as a teen, loses patience with his son's sullen withdrawal from the family and berates him out of frustration.

Review: This book is amazingly hard to find.  You can purchase the teachers guide but you can't find the actual book.  I finally located a copy on a used book site.  Weird since its the 1st book of a trilogy and the other books are still readily available.

I really liked this book.  While the title makes you believe this book is about basketball and sports its really not.  Its about life and how you chose to live it.  Andre dreams of being a writer and is working at a magazine when he catches a break when the editor asks him to write a story about racism. The story gets stunning reviews and lands Andre a feature story and a new desk at the magazine. It also gets him jumped in the parking lot.  While Andre and his friends toy with the idea of revenge, Andre's magazine article gives them something to think about.

I loved that the main character Andre has a stable intelligent family with a mother and a father.  He also has a white friend and a latina girlfriend.  There are great lessons to be learned in this book mainly that violence is not the answer. My main disappointment I had with this book is that we didn't get to read Andre's article. I look forward to the next book in the trilogy.
Labels: African-American YA racism revenge