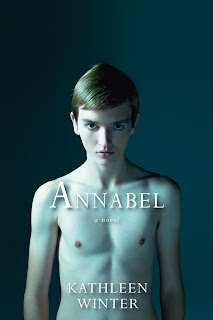 Synopsis: Wayne, born into the harsh, rural landscape of Labrador, Canada, in 1968, is a hermaphrodite. It is his father who ultimately decides to raise him as a male and names him. Only Wayne’s parents and their friend Thomasina Baikie, also present at his birth, are aware of his gender duality. The two women silently battle against Wayne’s father’s gender assignment, and as Wayne grows older, he must contend with the two genders struggling for dominance within him. His father, Treadway, a trapper who spends most of his time outdoors, works hard to steer Wayne away from his feminine side. His mother, Jacinta, becomes increasingly estranged from her husband as she mourns the loss of her female child. Following the tragic death of her husband and daughter, Thomasina travels the world and sends enticing postcards to Wayne of the world beyond his own.

Review: This is the book I had wished Middlesex by Jeffrey Eugenedes and despite the fact that Middlesex won a Pulitzer prize I did not like it, I felt it was lacking something personal which Annabel delivers on. Annabel leads you through Wayne's birth and his fathers decision to raise him as a boy and his struggle to have Wayne be the man he envisions. Wayne's mothers struggle to let go of the daughter she lost and Wayne's struggle with his identity despite not knowing that he was born as an intersex child. The only other person who knows of Wayne's dual gender is a neighbor Thomasina who loses her husband and daughter in an accident and sees in Wayne the daughter that she lost.

There are so many interesting characters in this book and the way they interact and the reasons behind their actions is fascinating to read.  The small town rural setting is perfect for this type of book since they seem to be so much more personal.  Everyone knows everyone else's business and the men are expected to act a certain way and the children fall into the roles that their parents had even though they dream of "getting out".

Truly a study of gender identity and how the equipment you are born with doesn't always express who you are on the inside.  Wayne believes he is a boy but also identifies with the female side of himself in many ways  and when he finally finds out about his dual sexuality it is interesting to see where it leads him. I can't recommend this book enough.
Labels: hermaphrodite intersex