(55) Memory is often illusive and so is a plot 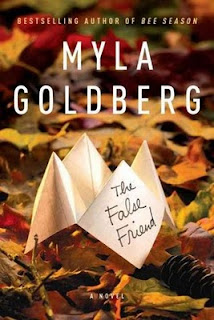 Synopsis: Celia Durst decides, after 20 years, to come clean. At the age of 10, she was responsible for the disappearance of her unpredictable best friend, Djuna. Traipsing with their girlhood clique through an unfamiliar forest, only Celia saw Djuna fall into a hole in the ground, but hot-headed from the fight the two were having, she decided to tell everyone that Djuna was picked up by a stranger. Now thirtysomething and successful, Celia leaves Chicago to replant herself in her childhood home and confess to her family and the other girls involved. It turns into an agonizing process, however, when no one believes Celia’s “new” story—especially not the other three girls, who all claim to have seen the car Djuna got into. Newly obsessed with knowing what she was like as a child, Celia spends the bulk of the novel imploring her 10-year-old self to manifest at her side, but she first must realize what the younger Celia lost that day in the forest.

Review: I thought this would be good, I hoped to like it even after I was utterly confused and bored with the first 3 chapters.  But it didn't get any better.  I found myself cringing every time this independent, strong willed woman called her mother "mommy" and whined about needing to talk about something that she thinks might have happened when she was 11.  I found Celia didn't really learn anything from the bratty young girl she was to the woman she became.  She was still wrapped in herself even down to her investigation into herself as a young girl.

but many people raved about it so I thought this book by the same author would at the very least hold my attention but I found it hard to stay awake.  I did finally plod my way through this this book hoping to find at least one redeeming character but I just couldn't.  They were either terminally dull, in denial, or just hopelessly pathetic.  Even the girl that Celia tortured as an adolescent I wanted to feel something for but just couldn't bolster any care at all.

The plot also was lacking, in fact I still have no idea if what Celia thinks happened was the truth or whether or not Djuna actually did get into a strangers car and the worst part is I really don't care. I hope Myla goes back to the drawing board for her next book and works harder on her characters than her scenery.  Its sad when the scenery is more compelling than the people.