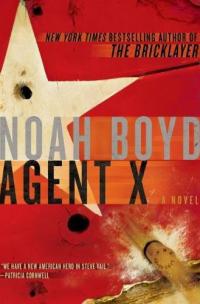 Synopsis: Steve Vail, once an ace FBI agent, now a bricklayer (The Bricklayer

), arrives in Washington to take Kate Bannon, the bureau’s assistant director, to an embassy soiree. But his romantic mission is sidelined by an urgent summons from the bureau: a Russian embassy staffer, code-named Calculus, is offering to name Americans feeding sensitive information to Russian intelligence. But no sooner than the bureau accepts the Russian’s terms, he is spirited off to Moscow, presumably to be tortured into admitting what he has done. Steve and Kate must identify the moles and reel them in before the Russians snuff them. But before that can happen, Vail must solve the many puzzles that Calculus uses to conceal information.

Review: While some of the dialogue in this book is hokey I liked it better than the first book The Bricklayer

. Instead of non-stop action it was more of a chess game trying to figure out the next move with teamwork and brain power, more of a big puzzle instead of a fast and furious shoot out.  Not to say there wasn't lots of shooting and superhuman calculation going on but even our faithful Steve Vail has to have some help.  If you are looking for a fast paced fun read this is one for you.