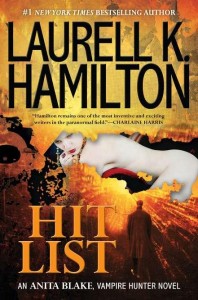 Synopsis: A serial killer is hunting the Pacific Northwest, murdering victims in a gruesome and spectacular way. The local police suspect "monsters" are involved, and have called in Anita Blake and Edward, U.S. Marshals who really know their monsters, to catch the killer.

Review: Old school Anita is back.  After the last book in this series I wasn't sure if I was going to read this one but I did and I was glad.  Anita has been away from her men and Jean Claude as she helps other Marshals in a serial killer case.  Of course being away has its down side, the metaphysics that allow Anita to heal and do some of the amazing things she does are going a little wacky because of the amount of times he has spent away.  But have no fear Edward has her back.  The bond between Edward and Anita has never been more apparent than it is in this book.  I loved that she brought them back together although I feel like Edward is starting to become more human as Anita becomes more "other".

My one dissatisfaction with this book is the end.  I'm not going to spoil it but lets just say I was expecting more of a fight.  There is an interesting twist which I'm sure will show up in another book regarding Olaf the serial killer who wants Anita as his own...although no one really knows what that means since she does resemble all the women that he has tortured and killed in the past.  Does he want to date her or kill her?