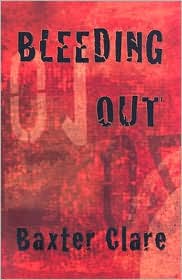 Described by one of her detectives as "Dirty Harry's personality stuffed into Martina Navratilova's body", Frank allows nothing into her bruised personal life except music, football, booze and exercise - all her drugs of choice. And just when she needs them most, they are all about to fail her....

Review: Frank is called into investigate the homicide of a young girl dumped at a school.  The girl had been brutally beaten and sodomized. During her investigation she finds more bodies and evidence that ties them all together.  Now she knows she is looking for a serial killer who is escalating in his violence.

While trying to find the killer she finds that pushing the pain away from the death of her long term partner isn't working as well anymore. When she is put on leave while IAD investigates Frank's shooting of a suspect she finds herself with too much time on her hands and a brain that won't stay still.

Frank is a very broken and troubled character. She gets the job done but her life is falling apart. The chapters all end with insight into the killer that Frank is looking for - the why behind what he does.  I liked it but it is very dark and Franks life reads like a what not to do cautionary tale.