Pause for a Rant 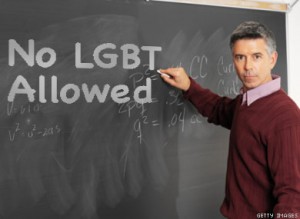 I have read several tweets about this article "Authors Say Agents Try to “Straighten” Gay Characters in YA" and it makes me crazy! Why do gay characters need to be straightened or eliminated? Isn't it bad enough that the suicide rate for LGBT teens is higher than other groups?

Now not only are people going to shun them in real life but we are going to make it harder for them to identify with characters in fiction? Wake up people! This might actually help some of those kids.  I'm almost sad that they didn't post the name of the publishing company in their article maybe it would have shamed them into doing something different like take a look at their policies or the way in which publishing agents are doing their jobs.

Maybe these archaic policies or choices being made by agents are the reason I can't find any books with AA teen characters that aren't set in the hood or about basketball or some other sport.  Do they think all AA boys read is sports related books? Its crazy.  But thats a different rant.

Its time to get some diversity in publishing out there...and while I like being able to find LGBT book easily in their own section of book stores I also think that it eliminates many people who might read them from stumbling across something really good.