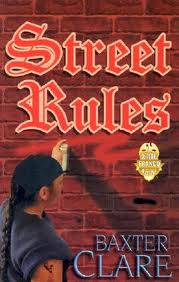 Synopsis: For `Frank,` L.A.P.D. Homicide Lieutenant L.A. Franco and her homicide squad, it's business as usual -- a multiple murder, ugly as it is, at least seems to have an easy explanation. Until it coincides with an untimely drive-by shooting. The investigation ultimately pulls Frank and her squad in conflicting directions while drawing Frank closer to the county's new Chief Coroner, Gail Lawless. Through a series of twists and turns, all Frank's leads eventually bring her to the disquieting possibility that the killer she seeks might well be one of her own brothers in blue.

Review: Much slower than the last "Detective Franco" book but intriguing.  You can really see the politics of the police force in this one and how Frank has to work around some of the good ole boys club in order to get her job done. I also think she did a good job showing the cycle of street gangs and how short some of the members lives can be.  If you get to be 20 in a street gang you are lucky. There is a lot of gang lingo in this book which can sometimes leaving you scratching your head and trying to catch up and there are a lot of typos.  Particularly toward the end of the book.  When the characters name was Gail and the text read Gay I was really confused but then figured out it was a massive typo that spanned a few pages. Not her best but I still like the characters and this book shows the beginning of Franks relationship with the County Coroner Gail.