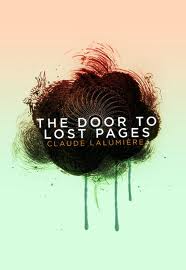 I received this book as a free e-galley from Netgalley.com - it was released April 2011


Synopsis: Step through the door to Lost Pages and escape a life you never wanted. On her tenth birthday, Aydee runs away from home and from her neglectful parents. At first, surviving alone on the streets is harsh, but a series of frightening, bewildering encounters with strange primordial creatures leads her to a bookshop called Lost Pages, where she steps into a fantastic, sometimes dangerous, but exciting life. Aydee grows up at the reality-hopping Lost Pages, which seems to attract a clientele that is either eccentric - or desperate. She is repeatedly drawn into an eternal war between enigmatic gods and monsters, until the day she is confronted by her worst nightmare: herself.

Review: Very strange and hard to follow I'm not sure I can say I actually liked this book.  It is a series of short stories that all seemed to blend together. This was quite disappointing since the first few stories were actually quite good and related to the quirky bookstore Lost Pages which I was much more interested in than some of the other stories. Not all of the stories were horrible though but the later ones do come with a caution since many of them were very sexual and erotic but not over the top. There was however a varied mix of sexual encounters that might not be suitable for younger readers.

I first picked this book because something about the book store reminded me of the Cemetery of Lost Books in Carlos Ruiz Zafon's books but then it seemed to twist into something else.  Some readers might find a bit of Neil Gaiman in this author since some of it did remind me of American Gods, which I wasn't particularly fond of (and I think one of the only people who feels that way). There is a battle going on throughout the book between darkness and light, nightmares and good dreams, Angels and Demons but its all sort of vague and the Lost Pages bookstore is at the center of it. I would say if your a Gaiman fan you might really enjoy this book.
Labels: dark vs. light demons Door to Lost Pages dreams fantasy Gaiman gods nightmares