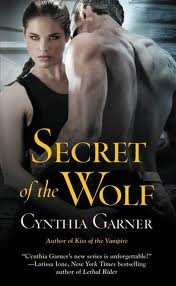 I received this book from the publisher through netgalley.com - it was released June 26 2012


Synopsis: Once a generation, the rift between the paranormal world and the human world opens, allowing supernatural entities to cross. Vampire, demon, or shapeshifter, they can save the world-or send it spiraling into chaos.

As a werewolf liaison to the Council of Preternaturals, Tori Joseph is used to straddling the world between humans and immortals. She plays by the rules and always delivers justice, no matter the cost. But after a string of increasingly brutal attacks results in humans turning into werewolves, Tori doesn't reveal her horrifying suspicion: Someone very close to her might be responsible.

Investigating the paranormal violence, no-nonsense detective Dante MacMillan believes Tori is hiding something. His search for the truth draws him into greater danger as he gets closer to the dark realm of the immortals-and to the sexy werewolf who stirs his primal lust. Now with evil closing in around them, Dante must convince Tori to trust him . . . before her deadly secret destroys them both.

Review: This is apparently the second book int his series but I don't think it really mattered.  I didn't feel lost or like I was missing anything by reading this one first.

Apparently Werewolves, vampires and demons have crossed into our world from their planets and now inhabit the bodies of humans. This is an interesting twist and one I wish would be explored more because it seems that humans are worried that when the rift opens back up they may find themselves inhabited by one of these immortal creatures and no longer be themselves.

There is also the main story of a string of brutal murders and unsanctioned turnings of people into werewolves and a mysterious device that no one knows what it does.  It is up to Tori and Dante to figure out what the device does and catch a killer.  Not to mention that Dante and Tori have a steamy passion building between the two - the tension runs high and its like watching an early episode of the x-files where you aren't sure you really want them to get together or just keep that sexual tension building.

Most of the book really centers on family.  Dante and his sister are very close and he has been taking care of her since she has been sick with Cancer.  Tori has been alone on Earth of the past 150 years not knowing where or how to find her brother when he unexpectedly shows up.  There is a lot of tension between Tori and her brother despite her wanting that close relationship that Dante and his sister share.

This was a fun read I am looking forward to the next one to see what is going to happen with the mystery device and the underlying plot by some of the Preternaturals to bring more of their kind through the rift...and for what purpose they are trying to do it.