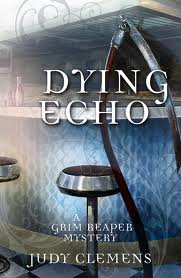 
"Casey thought of her own travel bag, which hadn't included any photos until Ricky had sent one the week before - probably only a day or two before his own life had been destroyed. Death had always given her a hard time about not carrying pictures."