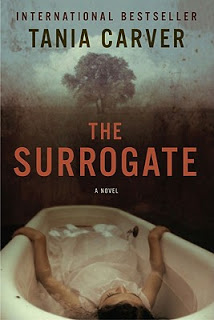 Synopsis: A shocking double-murder scene greets Detective Inspector Philip Brennan when he is called to a flat in Colchester. Two women are viciously cut open and lying spread-eagled, one tied to the bed, one on the floor. The woman on the bed has had her stomach cut into and her unborn child is missing. But this is the third time Phil and his team have seen such an atrocity. Two other pregnant women have been killed in this way and their babies taken from them. No one can imagine what sort of person would want to commit such horrible crimes.
When psychologist Marina Esposito is brought in, Phil has to put aside his feelings about their shared past and get on with the job. But can they find the killer before another woman is targeted?

Review: This book is not for the faint of heart. The scenes are graphic, the story line frightening and twisted.  DI Brennan is called to the scene of a murder and a kidnapping.  The kidnapping is of a baby that was torn from its mothers body. To help with the search DI Brennan's boss calls in psychologist Marina Esposito who on a previous case had an affair with the DI.  Now she is back, 5 months pregnant and hiding that from her team. She tries to hold it together as she helps to investigate the gruesome murders of pregnant women and is confused about her feelings for Phil.

This is a great fast paced book with flawed characters and a violent story line.  If you like mysteries and can stomach the reality of seriously twisted damaged killers than this story has it all.
Labels: Brennan Esposito British Mystery kidnapping missing babies murder