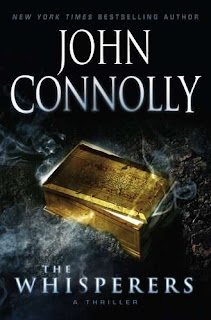 Synopsis: It is there, in the vast and porous Great North Woods, that a dangerous smuggling operation is taking place, run by a group of disenchanted former soldiers, newly returned from Iraq. Illicit goods—drugs, cash, weapons, even people—are changing hands. And something else has changed hands. Something ancient and powerful and evil.

The authorities suspect something is amiss, but what they can’t know is that it is infinitely stranger and more terrifying than anyone can imagine. Anyone, that is, except private detective Charlie Parker, who has his own intimate knowledge of the darkness in men’s hearts. As the smugglers begin to die one after another in apparent suicides, Parker is called in to stop the bloodletting. The soldiers’ actions and the objects they have smuggled have attracted the attention of the reclusive Herod, a man with a taste for the strange. And where Herod goes, so too does the shadowy figure that he calls the Captain. To defeat them, Parker must form an uneasy alliance with a man he fears more than any other, the killer known as the Collector. . . .

Review: Charlie Parker is back to living a simple life, he is taking jobs for insurance companies, and disgruntled housewives when a father and upstanding citizen hires him to look into the death of his son.  What he thought was going to be a simple case turns out to be not so simple and when he is water boarded he calls his friends for back up.  Of course the body count grows and so does the mystery.  Who or what is causing people who supposedly would never take their own life to do that very thing?

Ancient artifacts and supernatural lore are of course part of the story and the bigger question is why does Charlie keep finding himself involved in these crazy cases? I haven't read a Charlie Parker novel in a while but I did find that this one moved a little slower than normal and it almost seemed a little disjointed.  The characters we have grown to love are all there but not for very long and they don't have a big part to play.  In all nine books this is the one I liked the least.  It had a good premise and but there were big gaps left either unexplained, unexplored or left to dangle.
Labels: Charlie Parker Collector Herod John Connolly The Whisperers