Skip to main content
Labels
Posted by Unknown May 06, 2013 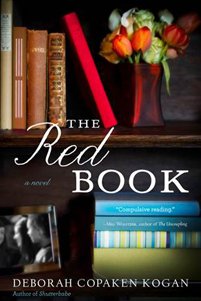 Synopsis: Clover, Addison, Mia, and Jane were roommates at Harvard until their graduation in 1989.

Twenty years later, their lives are in free fall. Clover, once a securities broker, is out of a job and struggling to reproduce before her fertility window shuts. Addison's marriage to a writer's-blocked novelist is as stale as her so-called career as a painter. Hollywood closed its gold-plated gates to Mia, who now stays home with her children, renovating and acquiring faster than her husband can pay the bills. Jane, the Paris bureau chief for a newspaper whose foreign bureaus are now shuttered, is caught in a vortex of loss.

Like all Harvard grads, they've kept abreast of one another via the red book, a class report published every five years, containing alumni autobiographical essays. But there's the story we tell the world, and then there's the real story, as these former classmates will learn during their twentieth reunion, a relationship-changing, score-settling, unforgettable weekend.

Review: So many of us try to project that we have the perfect life, when in reality it is anything but.  These four roomates are struggling, Jane with her boyfriend having cheated on her while she was away in the states, Clover with her husband's indifference with their struggle with infertility, Addison, with her rocky marriage and figuring out she has no attraction to her husband, and Mia whose life seems like a fairy tale but her husband is hiding a secret.

I have to be honest I thought the beginning of this book was a bit random and I wasn't quite sucked in right away but I found each story held something more, and I was right, I'm glad I kept reading. Life is messy and this book shows just that.  The mixed emotions, the lies we tell ourselves, the relief when we forgive and move on, etc..its all there. Its a breakfast club for the 40-somethings. We thought that life was confusing in our 20's but sometimes its just as confusing in your 40's.  Thats when you have to decide if you are going through life like a zombie or actually living.  It would suck to go through the rest of life as a zombie..live, be joyful and play!
Labels: Deborah Copaken Kogan Harvard reunions The Red Book