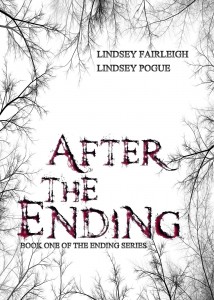 I received this book as an advanced e-copy through netgalley.com, it was published in February 2013.

Synopsis: The virus spread. Billions died. The Ending began. We may have survived the apocalypse, but the virus changed us.

When people started getting sick, "they" thought it was just the flu. My roommate, my boyfriend, my family...they're all gone now. I got sick too. I should have died with them--with the rest of the world--but I didn't. I thought witnessing the human population almost disappear off the face of the earth was the craziest thing I'd ever experience. I was so wrong. My name is Dani O'Connor, I'm twenty-six-years-old, and I survived The Ending.

The Virus changed everything. The world I knew is gone, and life is backwards. We've all had to start over. I've been stripped of my home, my dreams...all that is me. I'm someone else now--broken and changed. Other survivors' memories and emotions haunt me. They invade my mind until I can no longer separate them from my own. I won't let them consume me. I can't. My name is Zoe Cartwright, I'm twenty-six-years-old, and I survived The Ending.

We've been inseparable for most of our lives, and now our friendship is all we have left. The aftermath of the Virus has stranded us on opposite sides of the United States. Trusting strangers, making sacrifices, killing--we'll do anything to reach one another. Fear and pain may be unavoidable, but we're strong...we're survivors. But to continue surviving in this unfamiliar world plagued by Crazies and strange new abilities, we have to adapt. We have to evolve.

And more than anything, we have to find each other.

Review: It seems I returned to my world ending fetish but this one doesn't have any vampires, or zombies, which is refreshing.  Broken into alternating stories about best friends Zoe and Dani  who are separated by life and then by a world ending virus.  They survived the virus but finding each other is not going to be easy.  As each girl travels her own path to reach each other they find themselves with some unlikely allies and some unlikely abilities.

Since this is only book one I can say that this series is off to a very good start.  While I did have some trouble in the beginning following whose story I was actually reading, Dani or Zoe's, I eventually got into the flow things.  The way the world devolves reminds me a bit of the tv show Revolution but without the lights being out.  With so few people surviving the world starts to crumble, tech stops functioning as well and people need to start relying more on survival skills rather than 20th century technology and convenience.

The characters were well developed, the situations didn't seem forced and it was easy to like different characters and really cheer them on or want them to be careful in certain situations.  It was nice to be so invested.  There are so many different story lines that were left hanging that I'm hoping book 2 will delve into but I don't want to put any spoilers out there so I'm going to keep them to myself.  This was a great read and left me wanting more immediately.