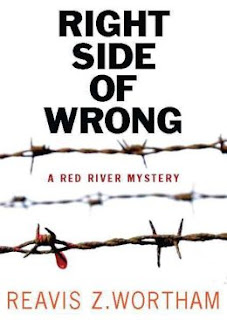 I received an e-galley of this book from the publisher through netgalley.com in return for an honest review.

Synopsis: Cody is ambushed and nearly killed on a lonely country road during an unusually heavy snowfall. With that attack, the locals begin to worry that The Skinner, fromThe Rock Hole

Constable Ned Parker struggles to connect a seemingly unrelated series of murders as his nephew recovers. As the summer of 1966 approaches, rock and roll evolves to reflect the increasing unrest in this country and the people of northeast Texas wonder why their once peaceful community has suddenly become a dangerous place to live.

And then there’s the arrival of the mysterious old man named Tom Bell.

Review: This is apparently the third book in this series but I didn't feel lost without having read the others.  There was some back story that I had to pick up but it was explained in passing and wasn't that important or hard to piece together to interrupt the flow of the story.  I often found myself forgetting what time period the story was set in until someone made a racist comment about a black lawman, and different dining rooms for "coloreds", that always threw me.  The mystery is multi-layered and without revealing a lot of plot lets just say that as they continue to investigate they find a much bigger mystery with players that have much more to lose.  I loved the characters and the two pre-teens who are always getting in trouble really help move the story along.  I would consider myself a new fan.