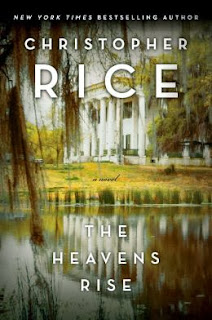 I received an advanced e-copy of this book through netgalley.com It is due to be released October 15, 2013.

Synopsis: It’s been a decade since the Delongpre family vanished near Bayou Rabineaux, and still no one can explain the events of that dark and sweltering night. No one except Niquette Delongpre, the survivor who ran away from the mangled stretch of guardrail on Highway 22 where the impossible occurred…and kept on running. Who left behind her best friends, Ben and Anthem, to save them from her newfound capacity for destruction…and who alone knows the source of her very bizarre—and very deadly—abilities: an isolated strip of swampland called Elysium.

An accomplished surgeon, Niquette’s father dreamed of transforming the dense acreage surrounded by murky waters into a palatial compound befitting the name his beloved wife gave to it, Elysium: “the final resting place for the heroic and virtuous.” Then, ten years ago, construction workers dug into a long-hidden well, one that snaked down into the deep, black waters of the Louisiana swamp and stirred something that had been there for centuries—a microscopic parasite that perverts the mind and corrupts the body.

Niquette is living proof that things done can’t be undone. Nothing will put her family back together again. And nothing can save her. But as Niquette, Ben, and Anthem uncover the truth of a devastating parasite that has the potential to alter the future of humankind, Niquette grasps the most chilling truths of all: someone else has been infected too. And unlike her, this man is not content to live in the shadows. He is intent to use his newfound powers for one reason only: revenge.

Review: This book started out with a bang.  It was creepy, fast paced and spooky, by the middle I was struggling and the end was a disappointment.  The settings were pure NOLA and the characters were strong with the exception of Nicky who left before we really had a chance to fully know her. I was routing for Nicky and Anthem's relationship and Ben just seemed like the quirky sidekick until half way through when he became the main character and the glue that holds everyone together.

Christopher Rice loves his hometown.  He knows exactly how it feels and how it moves.  He understand all the different parts of it and how they fit together in a quirky mix.  If you love NOLA this book definitely has great descriptions and feeling.  I wanted to visit Elysium, I wanted to see the pool that ruined the love of a lifetime, but Katrina ruined it, just as it ruined most of the city that Christopher and I both love.  For this alone I can't totally discount this book.  There were parts of this book I really enjoyed but then others that were just so over the top and rushed that I felt let down.

I've read several of Christopher Rice's other books and I've found them to be a bit all over the place as well.  Some I liked (Density of Souls), some were just so so for me. I guess I would have to characterize this one as a so-so read.