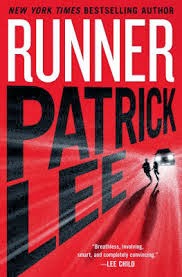 I received an advanced e-copy of this title through netgalley.com in exchange for an honest review. It is due to be released February 18, 2014.

Synopsis: Sam Dryden, retired special forces, lives a quiet life in a small town on the coast of Southern California. While out on a run in the middle of the night, a young girl runs into him on the seaside boardwalk. Barefoot and terrified, she’s running from a group of heavily armed men with one clear goal—to kill the fleeing child. After Dryden helps her evade her pursuers, he learns that the eleven year old, for as long as she can remember, has been kept in a secret prison by forces within the government. But she doesn’t know much beyond her own name, Rachel. She only remembers the past two months of her life—and that she has a skill that makes her very dangerous to these men and the hidden men in charge.

Dryden, who lost his wife and young daughter in an accident five years ago, agrees to help her try to unravel her own past and make sense of it, to protect her from the people who are moving heaven and earth to find them both. Although Dryden is only one man, he’s a man with the extraordinary skills and experience—as a Ranger, a Delta, and five years doing off-the-book black ops with an elite team. But, as he slowly begins to discover, the highly trained paramilitary forces on their heels is the only part of the danger they must face. Will Rachel’s own unremembered past be the most deadly of them all?

Review: Fast paced thrill ride.  From the opening chapter to the end there is non-stop action and some creepy science.  The very thought of the government experimenting on people the way they do in this book is not outside the realm of my imagination and that is even scarier to me. The relationship between Sam and Rachel is touching and a bright spark of hope in an otherwise scary universe. Sam's character reminds me of Jack Reacher from the Lee Child series, ex military, very capable and even a little scary in his capabilities.  Rachel is a sweet girl who finds herself in terrifying position of being the target of a lot of very capable government people and they all want her dead.  Underneath that sweet young girl with the missing memory is a very scary and very capable young woman who can do things that will terrify you.  A great quick read.