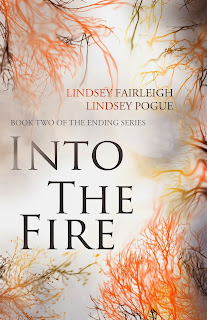 Synopsis: The much anticipated sequel to the emotionally charged post-apocalyptic tale, After The Ending. The Virus changed them, but that was only the beginning… …death…mutation…insanity…corruption…terror… …all that remains is hope. In the wake of destruction left behind by the Virus, it took Dani and Zoe months to find each other. But their reunion was short-lived. Dani has been taken, and though little distance separates them, they might as well be worlds apart. From the moment she hears Dani’s scream, Zoe’s only goal is to save her best friend. She and her companions scramble to come up with a rescue plan, but when a ghost from Jake’s past reappears, lines are blurred, decisions become harder, and secrets are revealed…and some secrets are best left buried. To keep heartache and fear from consuming her, Zoe must cling to her determination. She WILL see Dani again. Dani awakens inside the final hold-out of civilization: the Colony. Remnants of the former world surround her—electricity, safety, social order—but all is not what it seems. As she faces her most manipulative adversary yet, she loses sight of who she is and who she can trust. Friends become enemies, enemies become allies, and allies will betray her. Dani will have to decide what she’s willing to do and whose lives she’s willing to risk if she is to have any chance of breaking free.

Review: I found this book to be very reminiscent of the Cronin's The Twelve.  It seems that people with mind control powers always seem to want to take over the world and those people in the medical research field often do things that they later regret after they realize what a horrible weapon they can be.  Maybe people should think about these things BEFORE they do them? Just an observation.

Into the Fire finds us in the Colony and finally discovering how the world ended as we know it ended. Of course the supposed safe haven of the new world is anything but and now Dani has to find her way out and hopes to save her old friends and some new ones in the process.

Once again the story flip flops between Dani and Zoe only this time it is easier to follow.  I'm not sure I like this book as much as the first but it certainly had its moments and it definitely held my interest.  I guess this one just felt a little more formula than the first but still a good read and had some aha moments that really tied some things together for me.  Definitely enjoyable and the characters continue to make me want to read more.
Labels: Into the Fire Lindsey Fairleigh Lindsey Pogue Post apocolyptic The Ending Series virus