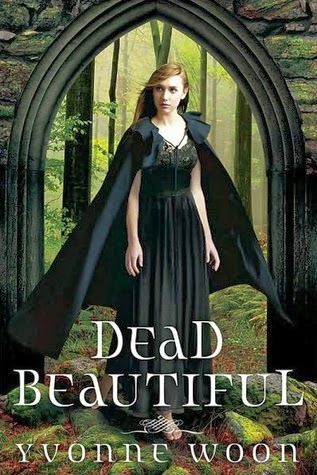 I received a free e-copy of this book from the publisher through netgalley.com in exchange for an honest review.

Synopsis: On the morning of her sixteenth birthday, Rene Winters was still an ordinary girl. She spent her summers at the beach, had the perfect best friend, and had just started dating the cutest guy at school. No one she'd ever known had died. But all that changes when she finds her parents dead in the Redwood Forest, in what appears to be a strange double murder.

After the funeral Rene's wealthy grandfather sends her to Gottfried Academy, a remote and mysterious boarding school in Maine, where she finds herself studying subjects like Philosophy, Latin, and the "Crude Sciences."

It's there that she meets Dante Berlin, a handsome and elusive boy to whom she feels inexplicably drawn. As they grow closer, unexplainable things begin to happen, but Rene can't stop herself from falling in love. It's only when she discovers a dark tragedy in Gottfried's past that she begins to wonder if the Academy is everything it seems. Little does she know, Dante is the one hiding a dangerous secret, one that has him fearing for her life.

Review: I read this book not knowing it was the first of a series and I have to admit the ending kinda threw me but when I discovered there were at least 2 more books in this series I let out a sigh of relief.

Rene Winters is having a rough year, first she finds her parents dead in the woods on her 16th birthday, then she goes to live with her stodgy Grandfather who seems very set in his ways and sent to the boarding school where her parents met that she didn't even know anything about.  She is shipped from the West Coast to the East Coast and find that life at school is just as complicated - students are dying and weird things are happening.

I really liked this book, it was full of mystery.  In fact there are several mysterious things going on in this book and you aren't sure what is connected and who is really involved. Right up until the end of the book you were left not having all the answers and at that point you were stuck in the same position as the characters not knowing what they could possibly do next and dreading their choices.  There were some parts that dragged on a bit too long and would have been better had the writer gotten to the conclusion a bit quicker. However the story was unique and entertaining so I could deal with a few slow parts.