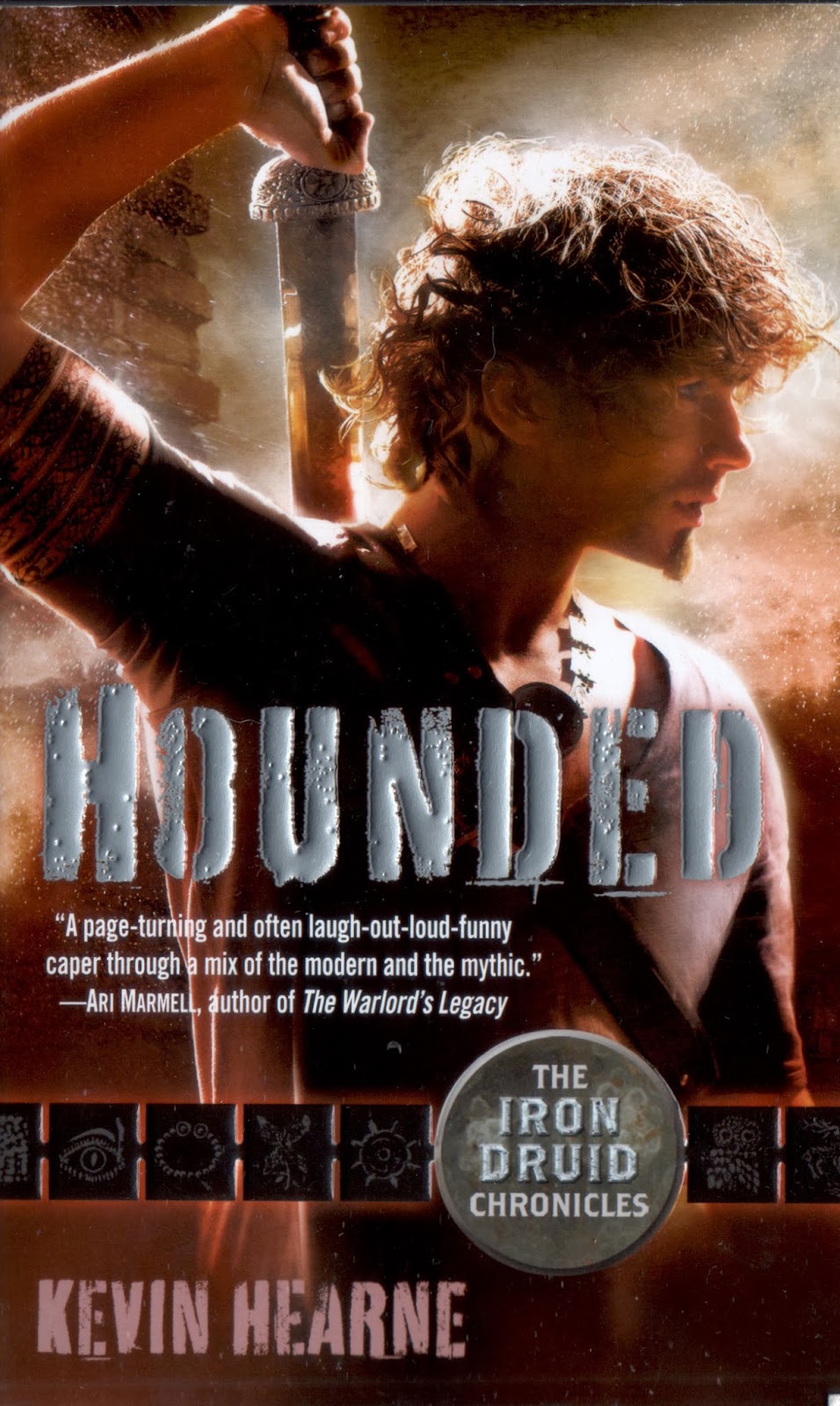 Synopsis: Atticus O’Sullivan, last of the Druids, lives peacefully in Arizona, running an occult bookshop and shape-shifting in his spare time to hunt with his Irish wolfhound. His neighbors and customers think that this handsome, tattooed Irish dude is about twenty-one years old—when in actuality, he’s twenty-one centuries old. Not to mention: He draws his power from the earth, possesses a sharp wit, and wields an even sharper magical sword known as Fragarach, the Answerer.

Unfortunately, a very angry Celtic god wants that sword, and he’s hounded Atticus for centuries. Now the determined deity has tracked him down, and Atticus will need all his power—plus the help of a seductive goddess of death, his vampire and werewolf team of attorneys, a sexy bartender possessed by a Hindu witch, and some good old-fashioned luck of the Irish—to kick some Celtic arse and deliver himself from evil.

Review: I wasn't really sure about this book at first but the more I read the faster I read.  Hounded takes a lot of the old myths and other stories of Druids, werewolves, Fae, and other Gods and puts a new spin on things.  The story reminds me a bit of Jim Butchers series but Atticus doesn't really work to help humans, he is more worried about saving himself.  After over 2 centuries the Celtic love god has tracked him down and wants the sword that he thinks belongs to him. Atticus has been expecting him but not the slew of other Gods and Goddesses that track him down to use him as a pawn in a political battle that is waging in Tir Na Nog.

I fell in love with Atticus's dog and his drunken Irish widow neighbor.  They both provide a good dose of comic relief between all the crazy, witches and goddesses that appear to try to spoil Atticus's normal day. Handsome and witty Atticus is older than most, stronger than some and seems to have a knack for attracting the wrong kind of attention.  This is a great start to a series and I hope that the greatness continues.