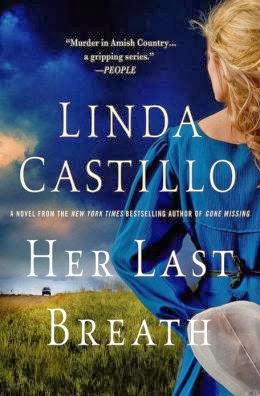 Synopsis: A rainy night, an Amish father returning home with his three children, a speeding car hurtling toward them out of nowhere.

What at first seems like a tragic, but routine car accident  suddenly takes on a more sinister cast as evidence emerges that nothing about the crash is accidental.  But who would want to kill an Amish deacon and two of his children? He leaves behind a grieving widow and a young boy who clings to life in the intensive care wing of a hospital, unable to communicate.  He may be the only one who knows what happened that night.  Desperate to find out who killed her best friend’s husband and why, Kate begins to suspect she is not looking for a reckless drunk, but instead is on the trail of a cold blooded killer amid the residents of Painter’s Mill.  It is a search that takes her on a  chilling journey into the darkest reaches of the human heart and makes her question everything she has ever believed about the Amish culture into which she was born.

Review: Living near Amish country I have always been fascinated by their culture.  I love Castillo's books because they show a glimpse into something very few ever really see, the Amish way of life.  While this story is disturbing on many levels, it also touches on the thing the Amish are known for the most, their sense of forgiveness and acceptance of tragic things.  When your family is killed most people want revenge or would find it hard to forgive the person who so senselessly murdered your children, but the Amish say it was Gods will and forgive the person who committed the act. Its a nice way to think but a hard one for many including myself to wrap my head around.

In this book Castillo digs deeper into Kate Burkholders past, and tries to help her move past it and into the future.  It will be interesting to see where she will go from here.  I also appreciated that Castillo brings very real problems that are happening within the Amish community to light.  The fact that the gene pool is very small and many children are being born with special needs sheds light on the fact that they need to come up with a way to expand their options when it comes to marriage and children.  There are Amish communities in several places throughout the USA and if they were to migrate some of the younger generations to other communities the gene pool could be expanded and many of these genetic diseases could be stopped. But different sects of the Amish community are stricter than others and its not as easy as it sounds to have young Amish move away from their families when traveling to see them is made very difficult by their restrictions regarding cars, and planes, making this a very interesting dilemma for the communities.
Labels: Amish Kate Burkholder Linda Castillo Painters Mill