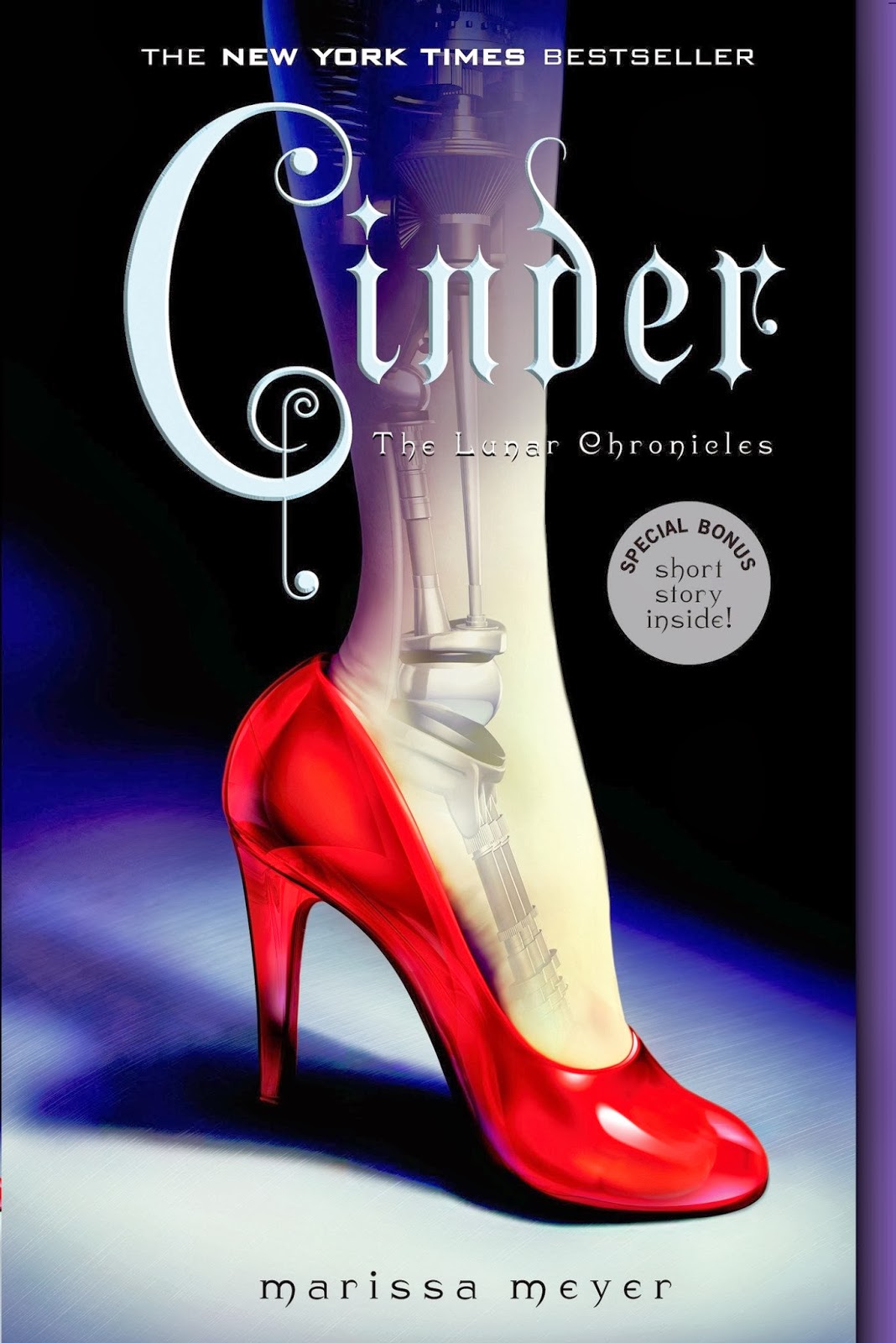 Synopsis: Humans and androids crowd the raucous streets of New Beijing. A deadly plague ravages the population. From space, a ruthless lunar people watch, waiting to make their move. No one knows that Earth’s fate hinges on one girl. . .

Cinder, a gifted mechanic, is a cyborg. She’s a second-class citizen with a mysterious past, reviled by her stepmother and blamed for her stepsister’s illness. But when her life becomes intertwined with the handsome Prince Kai’s, she suddenly finds herself at the center of an intergalactic struggle, and a forbidden attraction. Caught between duty and freedom, loyalty and betrayal, she must uncover secrets about her past in order to protect her world’s future.

Review: I bought these books for my daughter for Christmas and after she tore through them she gave them to me.  I have read multiple reviews on them but the true test for me is if my daughter likes them.  She said she wasn't sure about them before she started to read them but she is totally hooked and I have to agree. Cinder is a clever play on the fairy tale Cinderella, only this Cinderella is a cyborg. All the elements of the popular fairy tale are in there in an updated and whimsical way.  I loved this book.  Politics, mystery, and fairy tales combine to keep you turning the page.

Ever since Gregory Maguire updated Wizard of Oz I have been waiting for someone else to upgrade another classic story and Melissa Meyer has nailed it.  Creating the fantasy world of different planets, impending war and a deadly plague this story really has it all.  Cinder is a strong female lead character, and while she may get pushed around a bit she rises to every challenge, and ultimately it is now up to her to save the Emperor and ultimately the planet.