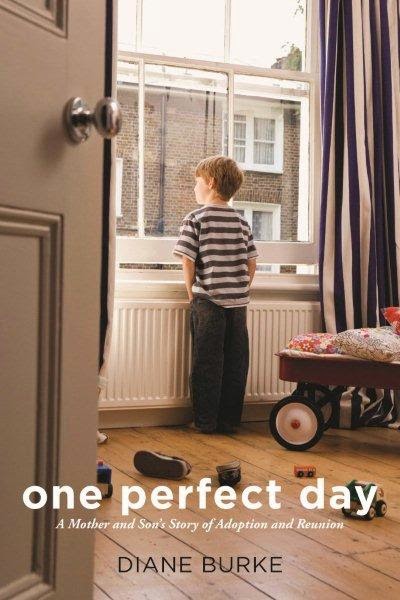 Synopsis: The moment Diane Burke, an author and mother of two grown sons, received an unexpected certified letter in the mail, she had no idea her life would be shaken to its core. Memories of a past she had buried more than forty years ago suddenly resurfaced and she wasn't prepared to deal with them.

Steve Orlandi, happily married, father of two and step-father of three, was living the typical middle class American life. But since the age of eight, when he discovered he was adopted, he had led that life dealing with inner questions about his self-identity and genetic history. Always on his mind was one simple, yet complicated and loaded question: Who am I?

Review: Diane placed her son for adoption when she was teenager.  She didn't have a choice as many women didn't back then.  She was shipped off to a home for unwed mothers and told she just needed to act like nothing happened after she delivered.  Of course that wasn't as easy as it sounds.  Years later she gets a phone call from someone asking if she placed a baby several years ago and after the initial shock she found her heart wasn't missing a piece anymore.

While Diane’s story is tragic and difficult, Steve her now grown son had a very different life.  In fact he had a very good life and didn't decide to search until later in life. Steve’s story really touches on the need to feel connected and have closure. Meeting his birth mother helped him with that.

I've read a lot of adoption and reunion stories and this one was tough.  Diane's family was less than supportive when it came to the adoption and even when it came to getting out of her dysfunctional marriage. Diane is a brave and courageous woman who has overcome so much.
Labels: adoption diane burke reunion