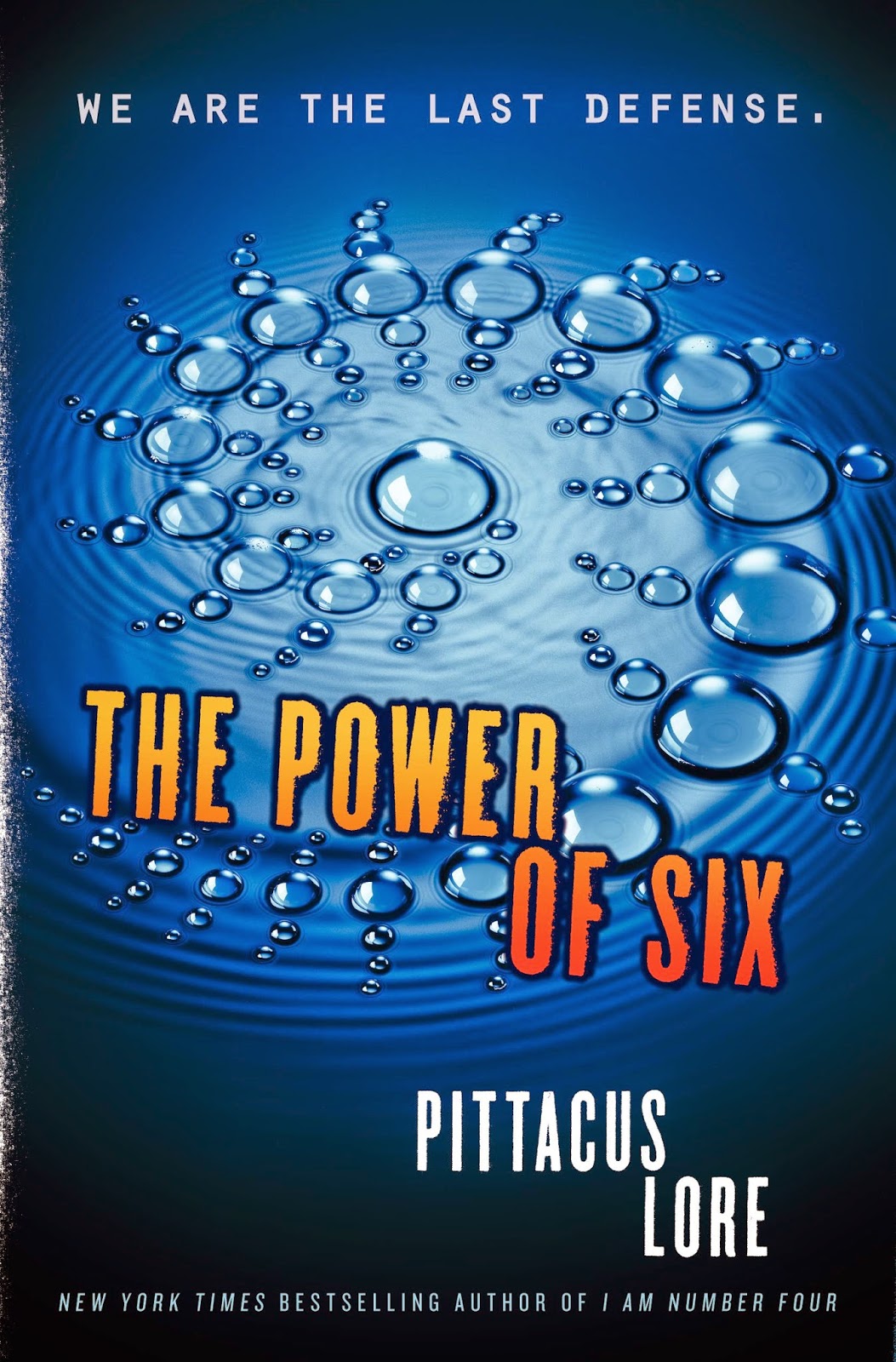 Synopsis: I've seen him on the news. Followed the stories about what happened in Ohio. John Smith, out there, on the run. To the world, he's a mystery. But to me . . . he's one of us.
Nine of us came here, but sometimes I wonder if time has changed us—if we all still believe in our mission. How can I know? There are six of us left. We're hiding, blending in, avoiding contact with one another . . . but our Legacies are developing, and soon we'll be equipped to fight. Is John Number Four, and is his appearance the sign I've been waiting for? And what about Number Five and Six? Could one of them be the raven-haired girl with the stormy eyes from my dreams? The girl with powers that are beyond anything I could ever imagine? The girl who may be strong enough to bring the six of us together?

They caught Number One in Malaysia.
Number Two in England.
And Number Three in Kenya.
They tried to catch Number Four in Ohio—and failed. I am Number Seven. One of six still alive. And I'm ready to fight.

Review: Only my second audio book that I've finished, I find that I am often distracted while trying to listen to audio books. I have this and one other book in this series in paperback but I find that I pick them up and then put them back down, not sure why. I think this audio book was great. The narrators change their voices to the different characters that really help move the story along. I really like this series.

This is a great sequel to I am Number Four although I feel like the title is a bit of a misrepresentation. The main stories of this book are about Marina (Number 7) and John Smith, Six, Sam and Johns Beagle, Bernie Kozar. I think I learned more about Seven than Six. John, Sam, and Six travel across America, which leads to more than one obvious and awkward love triangle. We do get to learn more about Six but she doesn't seem to be the main focus, it seems to be more focused on Seven. Marina, who has been hiding out all over Europe, but has been living in Spain in an orphanage with her protector. Unfortunately Marina's protector has slipped into denial, pretending that her past is all fantasy. Marina doesn't know who she can trust now torn between trying to get her protector to wake up and realize the danger, trusting the new girl who seems to be so helpful to her and fending for herself. She knows she has to leave as soon as possible but can she do it alone?

This would be a great book to listen to with kids in the car on a long trip. I think I'm gonna stick to the audio versions of these books.
Labels: I am Number Four Lorien Legacies Pittacus Lore The Power of Six