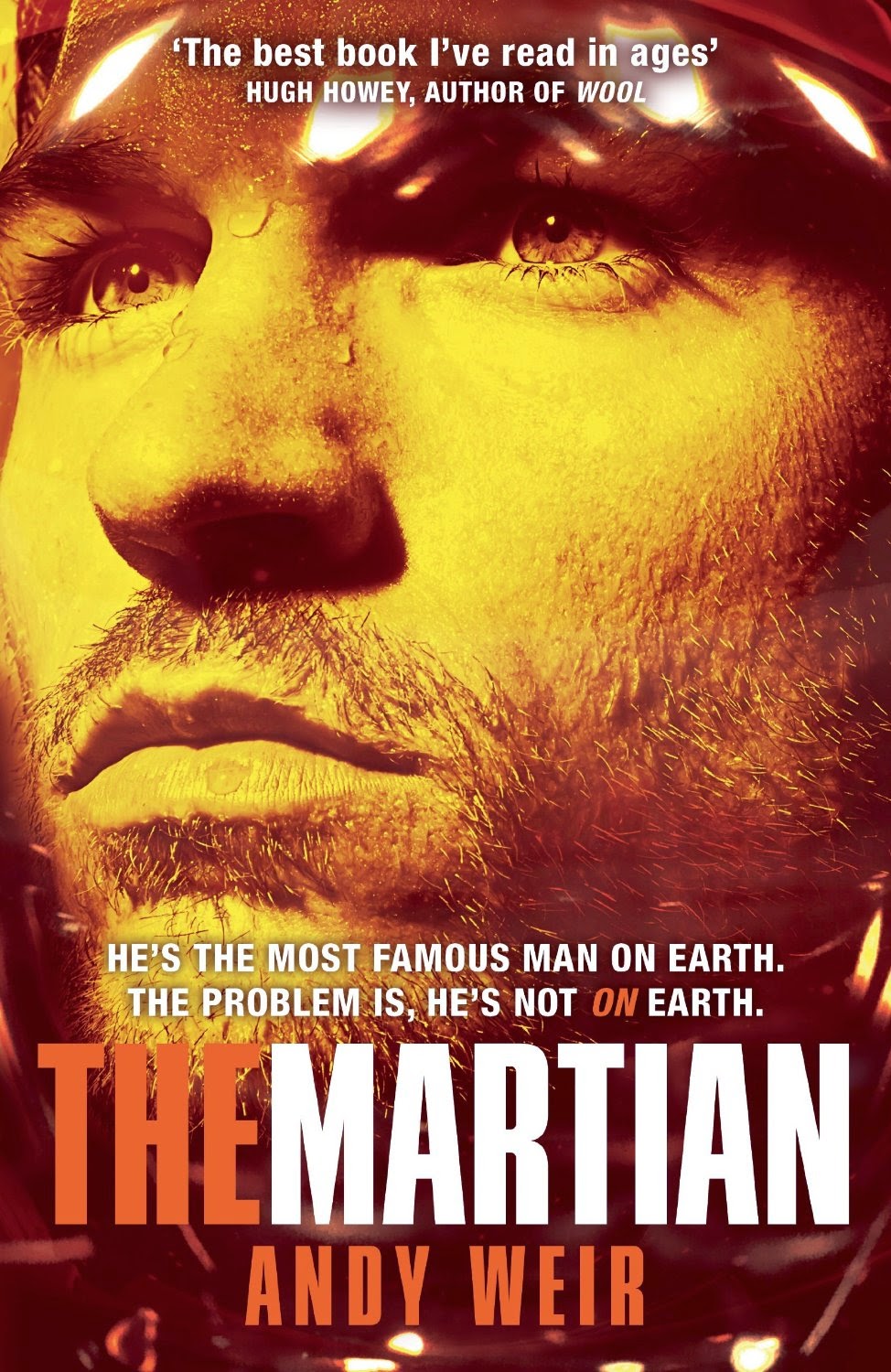 Synopsis: Six days ago, astronaut Mark Watney became one of the first people to walk on Mars.

Now, he's sure he'll be the first person to die there.

After a dust storm nearly kills him and forces his crew to evacuate while thinking him dead, Mark finds himself stranded and completely alone with no way to even signal Earth that he’s alive—and even if he could get word out, his supplies would be gone long before a rescue could arrive.

Chances are, though, he won't have time to starve to death. The damaged machinery, unforgiving environment, or plain-old "human error" are much more likely to kill him first.

But Mark isn't ready to give up yet. Drawing on his ingenuity, his engineering skills—and a relentless, dogged refusal to quit—he steadfastly confronts one seemingly insurmountable obstacle after the next. Will his resourcefulness be enough to overcome the impossible odds against him?

Review: This was a tech heavy book.  I almost stopped reading it was so technical but I thought there may be hope if there was more to the story.  If you are into technical details of surviving on Mars, creating water from gas, and atmospheric pressures you will love how richly detailed this book is for those of us not so interested be prepared to skim or skip the book altogether because there is quit a bit of skimming to do.

Between the technicalities of surviving on Mars with not a lot of food and only 70's TV shows, Disco music and some English mysteries, there is the story of how the people on Earth try to figure out how to save Mark.  Of course the media turns Mark into a star, too bad he isn't there to witness it.  Meanwhile between just trying to survive, Mark plans for if he doesn't make it, writing letters to his parents, and his friends.

While interesting, I wouldn't call this a riveting read, unless you are a tech head and love all things space, for me the saving grace was Witney's sense of sarcastic humor which brought a nice distraction to the story.  It did get better the more I read which is the only reason I kept reading, plus I wanted to know if he got off Mars! (no I'm not saying) So if you are looking for something new or like space travel or enjoy technical stuff this book is for you, if not you may want to take a pass.
Labels: Andy Weir fantasy Fiction Mars sci fi space space travel tech heavy The Martian