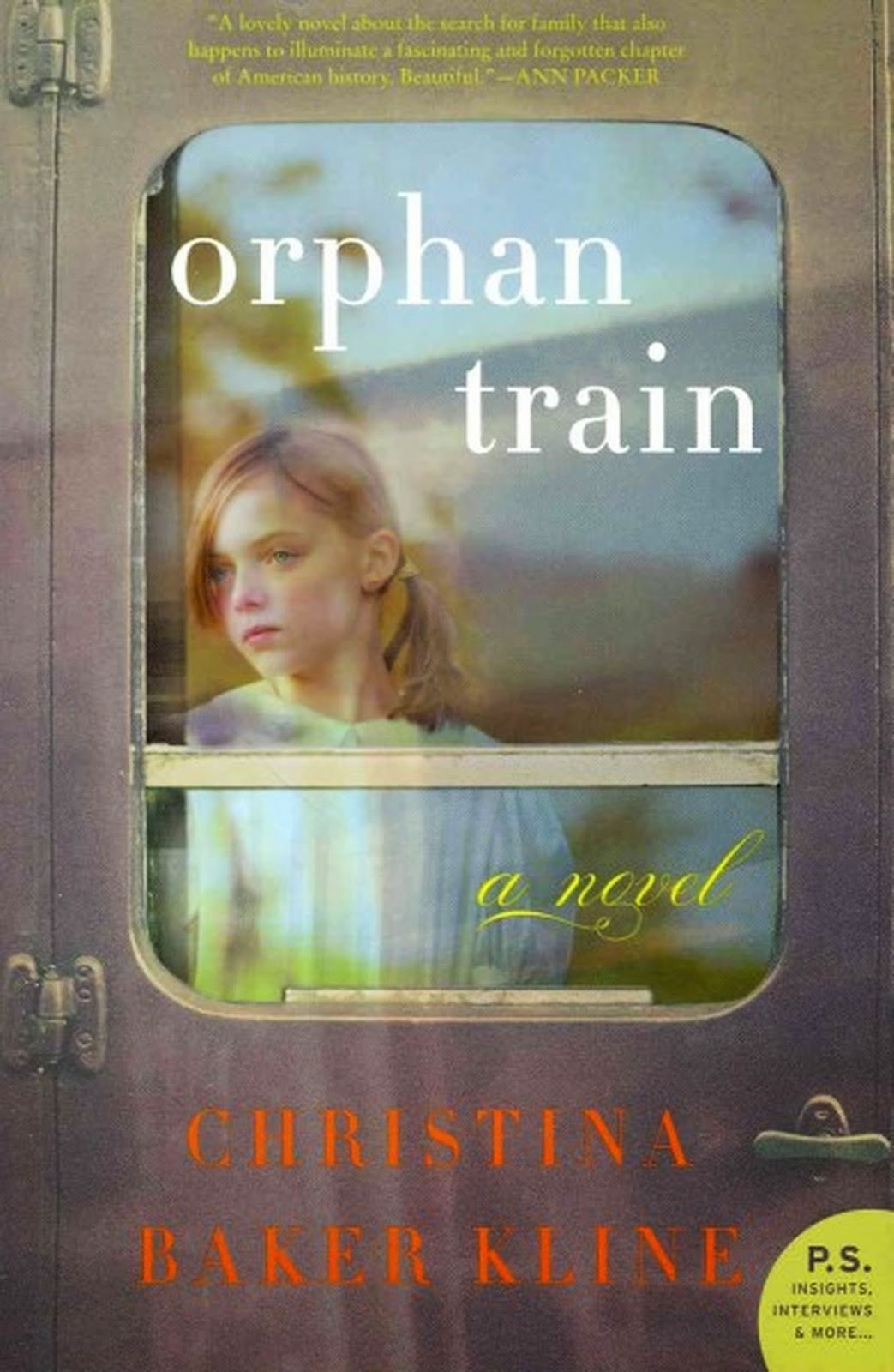 Synopsis: Orphan Train is a gripping story of friendship and second chances. Penobscot Indian Molly Ayer is close to “aging out” out of the foster care system. A community service position helping an elderly woman clean out her home is the only thing keeping Molly out of juvie and worse...

As she helps Vivian sort through her possessions and memories, Molly learns that she and Vivian aren't as different as they seem to be. A young Irish immigrant orphaned in New York City, Vivian was put on a train to the Midwest with hundreds of other children whose destinies would be determined by luck and chance.

Molly discovers that she has the power to help Vivian find answers to mysteries that have haunted her for her entire life – answers that will ultimately free them both.

Review: Flipping back and forth between the past and the present, Orphan Train tells the story of two women who have very similar stories to tell.  Vivian lost her family when she was nine and wound up on an "orphan train" to the midwest from New York, where she was given to one family or another in the hope of someone adopting her.  Molly's father was killed and her mother, hooked on drugs, couldn't care for her so she moved from foster home to foster home.

While both Vivian and Molly have a difficult story their is a feeling of hope and closure. It portrays family not only as the people you are related to but the ones that you are drawn to by similar experiences or caring. Family doesn't need to be related.

Its also a story of the child welfare system, how children were often traded for service and room and board, names changed to suit their new wards, babies were adopted first and older children were left unwanted, now isn't all that different. While there are more checks and balances children are sometimes taken in by foster families, "for the money" received to care for them, and treated as little more than servants, shuffled around from place to place. While the foster care system doesn't fail every child it still needs a lot of work. Stories like Molly's are unfortunately too common.

This was a gripping book that shows that you can't judge a person on looks, that there is always a story to be learned from people and that the young can really benefit from working with and learning from older people. The relationship between Vivian and Molly is so beautiful and the loneliness they felt before they met oozed off the page, the discovery of their shared experiences forms a bond that helps to heal both of them.
Labels: christina baker kline orphan train