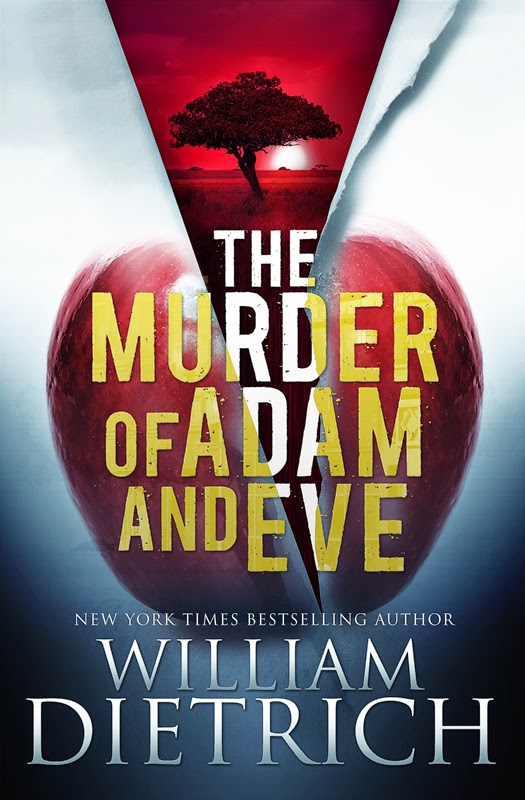 Synopsis: Two teens time-travel to prehistoric Africa to judge whether to save our ancestors: the genetic "Adam" and "Eve" whose descendants will go on to populate the world. When 16-year-old Nick Brynner explores an old fort on a forbidden island for a school history project, he stumbles onto a time wormhole. What follows is a mysteriously deserted village with a prowling sentry that looks like a gargoyle, and narrow escape with the help of fellow teen Eleanor Terrell. The two are hurtled into a grim series of challenges by an alien race called the Xu, which are considering a Reset of human history because of our poor planetary stewardship. If Adam and Eve are murdered, will another couple, or another species, do better? Nick and Ellie are ruthlessly deposited onto the African savanna of fifty thousand years ago, and the hunt is on.

Review: I was iffy about this one when I started it but then I got caught up in the story.  How would two teens survive in ancient Africa? They have to find food, water and stay alive, all while trying to track down Adam and Eve before the Xu do.

I found this book a bit blaze when it came to the teens having to trap and kill animals.  I know they are hungry but I still think modern teens who aren't into hunting would have a hard time skinning a rabbit.  But if you overlook some of these little things the story is interesting.  What if you had the ability to change time? What if you could become the next Adam & Eve? Would helping to save the current Adam and Eve by any means effect their development.  These are two modern teens with modern thinking can their ideas influence the future? The book doesn't really answer all of these questions but it poses them which makes you wonder can one person change the course that humanity has set? Makes you wonder.

I liked this book.  Its simple but gives you things to ponder long after you close the cover.
Labels: DNA humans murder of adam & eve William Dietrich