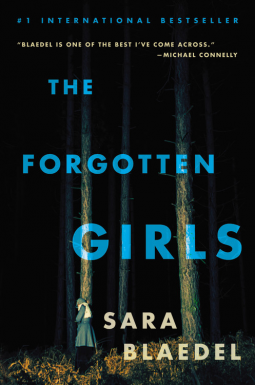 I received this book as an advanced e-copy through netgalley.com from the publisher in exchange for a fair review.

Synopsis: In a forest in Denmark, a ranger discovers the fresh corpse of an unidentified woman. A large scar on one side of her face should make the identification easy, but nobody has reported her missing. After four days, Louise Rick--the new commander of the Missing Persons Department--is still without answers. But when she releases a photo to the media, an older woman phones to say that she recognizes the woman as Lisemette, a child she once cared for in the state mental institution many years ago. Lisemette, like the other children in the institution, was abandoned by her family and branded a "forgotten girl." But Louise soon discovers something more disturbing: Lisemette had a twin, and both girls were issued death certificates over 30 years ago. As the investigation brings Louise closer to her childhood home, she uncovers more crimes that were committed--and hidden--in the forest, and finds a terrible link to her own past that has been carefully concealed.

(5) Review: As with many Scandinavian Crime novels this is more about the people than the crime. Stieg Larsson may have brought the genre to the US, with his book The Girl with the Dragon Tattoo,  but there are so many really great authors out there that we are just now discovering. The scenery is more barren and gloomy, and the culture very different from America.  I loved the fact that half the characters were riding bikes or walking to and from trains or various destinations instead of hoping in the car.

This is the seventh book in the Louise Rick series but does just fine as a stand along.  I haven't read the others ones and stumbled across this one through netgalley. Louise Rick is just starting up her new job as the head of the Missing Persons Unit which technically only consists of her. She took the job to get out of the homicide division and although this new unit could technically be considered a step down she needed to get out. While she thought she would be able to pick her partner she finds herself working with Eik who misses his first appointment with her and who she has to pick up drunk from the bar early in the morning.

Lismette is found dead from a fall off a cliff, but after some investigation it seems Lismette has a death certificate dated 30 years ago and she had a twin sister.  So how can one woman die twice and where is her sister? Louise and Eik find themselves stumbling around bumping into new missing person cases and more links that lead to more questions about what happened to these girls.  I loved the writing in this book, the characters left me wanting more and the mystery was haunting and disturbing and the book ends with another mystery developing.  This is one author I am going to be adding to my "must follow list".