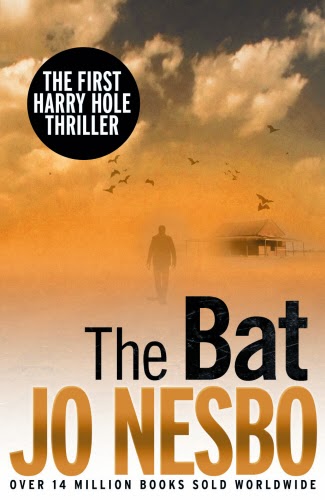 Synopsis: Before Harry took on the neo-Nazi gangs of Oslo, before he met Rakel, before The Snowman tried to take everything he held dear, he went to Australia. Harry Hole is sent to Sydney to investigate the murder of Inger Holter, a young Norwegian girl who was working in a bar. Initially sidelined as an outsider, Harry becomes central to the Australian police investigation when they start to notice a number of unsolved rape and murder cases around the country. The victims were usually young blondes. Inger had a number of admirers, each with his own share of secrets, but there is no obvious suspect and the pattern of the other crimes seems impossible to crack. Then a circus performer is brutally murdered, followed by yet another young woman. Harry is in a race against time to stop a highly intelligent killer who is bent on total destruction.

(25)Review: I struggled with the Narrator of this book.  There were times I felt like I was listening to a sportscaster, the inflections and ways of speaking were sometimes distracting.  John Lee narrates the first 2 books in this series and then it switches to someone else so I will be interested to see how the other narrator performs with the same character.

Although this is the first book int he Harry Hole series, it wasn't released in the USA until the last few years.  I think most of the people who have read this book and reviewed it have already read a Harry Hole novel and love this character therefore are excited to read about his beginnings.  Unfortunately this is the first Harry book I have read and I found it only so so.  I'm not sure if it was the narrator or the story but I found that it didn't hold my attention as long as many other Nordic Mysteries.  They usually are a bit slower and darker than US mysteries but this one seemed to wander around having a hard time figuring out where it needs to go. Despite this I'm gonna stick with Harry though since I have high hopes for later books.