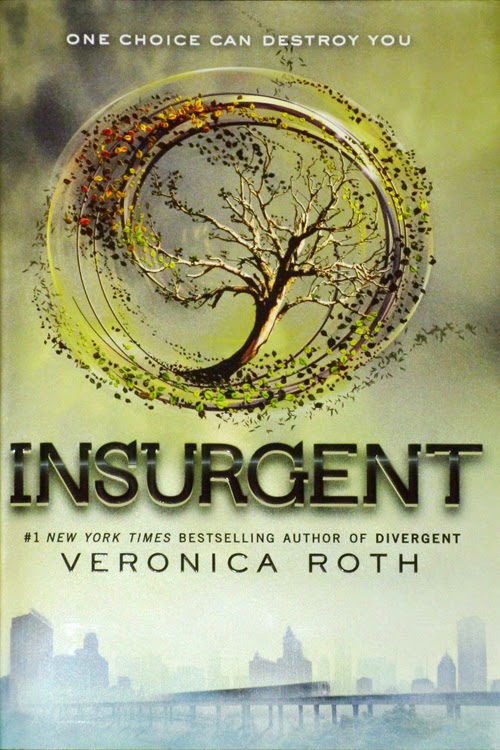 Synopsis: War now looms as conflict between the factions and their ideologies grows. And in times of war, sides must be chosen, secrets will emerge, and choices will become even more irrevocable—and even more powerful. Transformed by her own decisions but also by haunting grief and guilt, radical new discoveries, and shifting relationships, Tris must fully embrace her Divergence, even if she does not know what she may lose by doing so.

(18) Review: After the events in Divergent, Tris, Four and a few stragglers have escaped and are taking shelter trying to pull themselves together. Insurgent picks up right where Divergent left off which was nice not to lose any time between stories.

Similar to Katniss in the Hunger Game Trilogy Tris is having a hard time with her part in the events that took place in the previous book.  She can't hold a gun, she struggles with the decisions that are being made around her. Tris feels that there is more going on than and follows Marcus the Abnegation leader overhearing that there is some piece of information that is being kept secret which may have led to Candor's leader to kill people to protect.

I really liked this book there were lots of twists and turns and while the beginning was more setting things up by the end you were whizzing along with so many plot twists that sometimes I wasn't sure which was real and which was a simulation.  There were a lot of different characters introduced and some old ones that surprise you, many with a lot of depth of character.
Labels: Divergent insurgent Veronica Roth