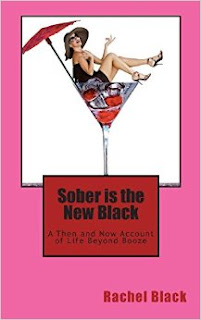 Synopsis: Wine is a normal part of life, isn't it? It is usual for thirty-somethings to collapse in the evening with a glass or two of something sophisticated to diffuse the stress of the day and calm their buzzing brains, whether they be professionals, mothers, wives or homemakers. Rachel was no different. She juggled her many roles and responsibilities well and rewarded herself with wine at the end of each day; after all, she deserved it. But, gradually her wine intake began to increase each night and soon it had gone from being a little treat to an absolute necessity. As wine invaded more and more areas of her life, it became harder to cope. In turn it meant she drank more wine, firmly believing it was the cure, never considering for a moment that it could be the problem. Eventually, when wine was dictating everything she did and did not do, Rachel realized her life was unmanageable and that something had to change. However, as soon as she attempted to restrict or moderate her drinking, she seemed to want it even more. Her best intentions fell quickly by the way side after the first bottle was opened and the first drink took control, compelling her to have more. Drinking would continue until there was none left or Rachel 'fell asleep'. The following day consisted of a hangover, depression, overeating, remorse, worry, despair and self-hatred, until the time came around when the next bottle could be opened and these awful feelings could be blotted out. This pattern of trying and failing to control her wine drinking brought Rachel to acknowledge that it was not possible to do so, and she decided that she had to remove alcohol from her life forever. Despite being sick and tired of the drinking-hangover-drinking cycle of failure, giving up was not easy and it was only after a few more failed attempts that Rachel managed to do so. This book details her life in that first year of going alcohol-free. It describes in detail how her everyday pursuits became challenging and changing. Her outlook on the whole point of life turned on its axis when alcohol was removed, leaving her with a whole different sense of self and being. The changes that occurred were astounding and beyond anything she believed could be possible. She thought that removing alcohol from her life was all about giving up; she had never considered what she might gain. I am Rachel. This is my story.

(38)Review: I am not an alcoholic, nor do I even drink more than about once a month and even then my limit is two. But I have many people I love that are alcoholics.  In trying to understand and learn more about this struggle I felt that I should read this.  I found this books to be extremely accessible and easy to read. The story could be anyone's and I see many people that I know who are reflected in the pages. The difficulty in stopping is real and the struggle, that I will never understand is something that I can learn to empathize with.

Learning that not drinking is not missing out on something but actually allowing you to experience something is something that is hard for so many people to understand.  Its not about denying yourself something, its about allowing yourself to live and interact without the barrier of alcohol. Alcohol denys you the ability to really feel or experience things, it sucks so many people in to the point that everything they do revolves around getting more. I don't understand this feeling, I have never felt this tug or pull but I have seen so many lives hurt, and negatively impacted by alcohol. My father was an alcoholic, my mothers ex-boyfriends were alcoholics, my partners all seemed to struggle with alcohol addiction, etc...it effects everyone not just the person drinking.

I really appreciated how honest and real this book was.  Rachel didn't make excuses, but she told us about the many excuses she used when trying to stop, and lies she told herself and others when trying to justify her drinking. If you are trying to stop drinking or love someone who drinks this may be a good book to pick up.  Not only will it help you understand why some people drink but it may help someone trying to stop to see themselves.
Labels: alcohol addiction alcoholic Life beyond booze Rachel Black sober is the new black