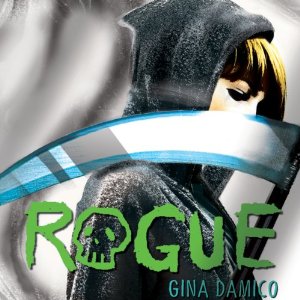 Synopsis: Lex, a teenage Grim Reaper, has the power to Damn souls, and it’s getting out of control. Her boyfriend, Driggs, is dead . . . sort of. She’s a fugitive, on the run from the maniacal new mayor of Croak and the townspeople who want to see her pay the price for her misdeeds. Uncle Mort rounds up the Junior Grims to flee Croak once again, but this time they’re joined by Grotton, the most powerful Grim of all time. Their new mission is clear: Fix his mistakes, or the Afterlife will cease to exist, along with all the souls in it.

The gang heads for Necropolis, the labyrinth-like capital city of the Grimsphere. There, they discover that the Grimsphere needs a reboot. To do that, the portals to the Afterlife must be destroyed . . . but even that may not be enough to fix the damage. Things go from bad to worse, and when at last the fate of the Afterlife and all the souls of the Damned hang in the balance, it falls to Lex and her friends to make one final, impossible choice.

(64) Review:  An action and information packed finale to this great YA series.  Once again the humor and characters in this book make the series.  Throughout all three books you can see them change and evolve.  There are lots of surprises during this book, unexpected twists that I didn't see coming which was a nice surprise.

This book was by far the darkest of the series but still kept is dark humor which moved the story along and didn't leave you reeling from some of the events that transpire.  I'm always a little sad when I finish a series but this book really wrapped things up to a point that I didn't feel the sadness and wonder that many series endings leave me with.  I felt satisfied.

Once again Jessica Almasy narrates this book in the best possible way.  Her narrations really brings you into the story.