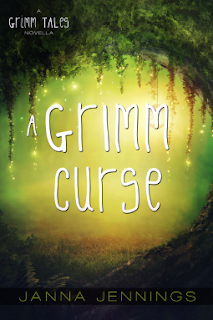 Synopsis: An orphan girl befriends an enchanted frog while her cursed stepsister plots revenge in a twist that can only transpire in a fairy tale.

Lady Wellington’s obsessive quest for a crown for one of her daughters has ensnared Cynthia and her musical talent in her scheme. Cynthia turns the nightmarish concert into a gesture of true friendship in an attempt to reverse the curse of a frog prince.

Attempting to be invisible to her abusive stepfamily while sidestepping the arrogant prince, Cynthia searches for an understanding princess to change Remi back to his rightful form.

Things do not go as planned when Remi disappears, leaving their friendship in his wake. Meanwhile, the single-minded Prince Wilhelm is determined to make Cynthia his bride.

Review: I really liked this reimagined story.  Cynthia lives with her step-mother and two horrible step-sisters (sound familiar?). During a ball for the prince Cynthia caught the eye Prince who is now trying desperately to get her to agree to marry him.  But Cynthia wants more than the pompous prince and is starting to have memories, or are they dreams of another place.

With her cousin, the Prince's cooks son, Jack, a stolen goose, and a fisherman Cynthia tries to make her way back to her world but can she do that before the Prince or her step-mother find her?