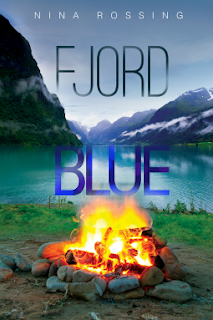 After a year of partying, getting into fights, and finally crashing his father’s vintage Bonneville in a car chase, seventeen-year-old Benjamin has pushed his parents to their limit. It’s not like he can tell them why he’s so angry at life, or that he’ll do anything to distract himself from the lust he feels toward his best friend’s sexy cousin, Dino.

He can’t even protest when he’s sent away from Miami to spend the summer working on his grandparents’ farm in the desolate fjords of Western Norway. The farm is isolated and old-fashioned, and so are Ben’s religious grandparents. It’s cold and wet, and Ben is miserable and restless. Relief comes in the form of Even, the eighteen-year-old blond Viking farmhand who offers Ben friendship and a new outlook on his situation. But Even is hiding issues of his own. Ben’s grandparents want him to inherit the farm, but the only thing keeping Ben there is his desire to know Even better. As the feelings between the two young men grow, things kept hidden are slowly revealed—for good and ill—and they must turn to unlikely places for encouragement.

Ben gets sent to stay with his grandparents in Norway after his year of hell.  There amidst the beautiful scenery and blue water of the fjord he discovers more about himself.  Ben knows he's gay, he's been running from that all year, but now he is learning to accept it and trying to discover what he really wants out of life. Life on the farm in Norway is not easy.  Its hard work from early in the morning until he can barely move at night.  His days of partying or even thinking of partying seem to be over and he isn't sure if he should be upset about it.

This book is filled with the juxtaposition of different cultures, American City life vs. Slow paced small town life and Cubano vs Norwegian life.  The stoic quiet small town religious culture of the Norwegian community vs. the boisterous and always stimulating American and Cubano cultures are tough on Ben at first but slowly he learns to appreciate the quiet and the beauty around him as well.

Beautiful descriptions and very well developed characters.  You really feel for Even who is struggling with his super religious parents who just don't understand their son at all.  Ben's grandparents who are also religious are not quite what they seem and you see glimpses of their fun nature a few times.  I didn't want this story to end, I wanted to know more, I wanted to see where things would go and that to me is the measure of a really great book.

Rossing deals with the LGBT aspects in this book with raw honesty.  You feel the struggle that Ben has with his new realization, and his fear of his community and his religious grandparents finding out. The tragic results that some people deal with when coming out and the grace and joy when parents embrace their children no matter what.  Wonderful read.

Disclaimer: Book was received from the publisher through netgalley.com in exchange for an honest review.
Labels: Fjord Blue lgbt Nina Rossing