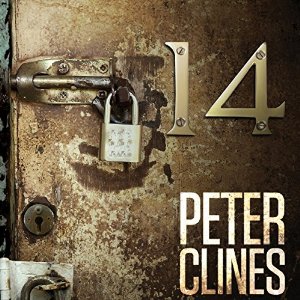 
There are some odd things about Nate’s new apartment. Of course, he has other things on his mind. He hates his job. He has no money in the bank. No girlfriend. No plans for the future. So while his new home isn’t perfect, it’s livable. The rent is low, the property managers are friendly, and the odd little mysteries don’t nag at him too much. At least, not until he meets Mandy, his neighbor across the hall, and notices something unusual about her apartment. And Xela’s apartment. And Tim’s. And Veek’s. Because every room in this old Los Angeles brownstone has a mystery or two. Mysteries that stretch back over a hundred years. Some of them are in plain sight. Some are behind locked doors. And all together these mysteries could mean the end of Nate and his friends. Or the end of everything....

Nate's new apartment seems too good to be true.  The rent is cheap and all utilities are included. It isn't until he moves in that he starts to realize there are some strange things going on.  None of the apartments in the building are the same size or shape.  Each one has something strange about it from no kitchen, to vaulted ceilings, bathrooms that look like a cave, and a kitchen light that only glows as a blacklight no matter what type of bulb you use.

Nate and his neighbors embark on a search for what is happening inside their building and make some even more disturbing observations.  Mysterious writing behind wallpaper, writing that can only be seen in black light written in Cyrillic in a kitchen all within a building that isn't connected to the main city power grid yet has power. There is definitely more than meets the eye to this building but could it be the key to an even bigger mystery that started 100 of years ago.

The narrator was fabulous, he did a great job with the different voices for different characters, I almost forgot it was just one person narrating.  The mystery really built and there were a lot of great modern day references to TV shows throughout.  Very clever writing.  This was a great book to listen to and a great mystery.  It totally sucked me in.