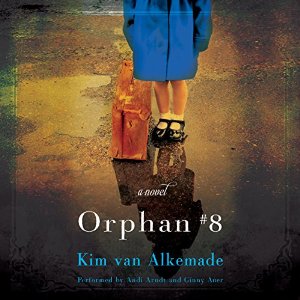 In 1919, Rachel Rabinowitz is a vivacious four-year-old living with her family in a crowded tenement on New York City's Lower East Side. When tragedy strikes, Rachel is separated from her brother, Sam, and sent to a Jewish orphanage where Dr. Mildred Solomon is conducting medical research. Subjected to X-ray treatments that leave her disfigured, Rachel suffers years of cruel harassment from the other orphans. But when she turns 15, she runs away to Colorado, hoping to find the brother she lost, and discovers a family she never knew she had.


Though Rachel believes she's shut out her painful childhood memories, years later she is confronted with her dark past when she becomes a nurse at Manhattan's Old Hebrews Home, and her patient is none other than the elderly, cancer-stricken Dr. Solomon. Rachel becomes obsessed with making Dr. Solomon acknowledge and pay for her wrongdoing. But each passing hour Rachel spends with the old doctor reveals to Rachel the complexities of her own nature. She realizes that a person's fate - to be one who inflicts harm or one who heals - is not always set in stone.

Beautiful and tragic.  This book reminded me of The Sunflower: On the Possibility and Limits of Forgiveness by Simon Wiesenthal . Both bring up the question of forgiveness.  Can Rachel forgive Dr. Solomon for what she did to her as a child? The narration of the book switches back and forth from 1919 when Rachel is a young girl in a Jewish Orphanage and years later when she is a nurse taking care of elderly patients one of whom is the Doctor who experimented on her as a young child.

This book made me angry, horrified and sad. Orphans were used like rats as subjects in medical studies.  This wasn't Nazi Germany this was the US and while this book is fiction I know that back then orphans were often used in experiments because they didn't have any parents to answer to.

Realizing that what was done to her as a child not only continues to effect her but may ultimately kill her. Can you forgive someone for doing this to you? Can you care for them in their final hours when all you would like to do is cause them the pain that they caused you?

Complex and riveting this book submerges you and makes you think about humanity and what might be your capacity for forgiveness, love and evil. There is also a subplot of lgbt rights, the troubling reality that hospital visits, and being out were not allowed. Very good book.