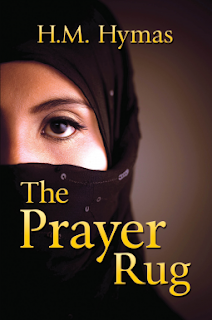 Reem, a wife and mother of two, is caught in Iraq after the invasion of US Forces. What began as a future full of hope slowly begins to unravel before her eyes. As the original effort to remove a tyrannical dictator degrades into civil war, it engulfs everyone and everything around her. Everything she loves is slowly taken from her as she watches forces beyond her control destroy her family. Helpless, she clings to her prayer rug in an effort to find strength and peace.

This is war.  Its not something that is watched on TV, its not something that should be taken lightly.  Its the slow destruction of a civilization, of families, of children.  This is a heartbreaking and honest look at what war does to a community, to a family, to a person.  Reem is a woman clinging to her faith to help her through these desperate times.  She watches as a dictator falls, American's come to help and insurgents start pitting neighbor against neighbor in a civil war that ultimately hurts no one but themselves.  Desperate times leak from the pages, the trauma the pain, and the humility of all who find themselves caught in this game.

I also believe that this book could really help open peoples eyes to Islam. It is not a religion of terrorists, it is a religion of peace, and Reem desperately tries to impart these teaching to her children despite the devastation raging around them. It may help you to understand how people are recruited into these fanatical plots, how friends become enemies and how children with no education can ruin an entire generation.

This was not an easy book to read. I found myself detaching from pieces of it so I wouldn't get sucked under by the grief and helplessness of it, but its an important book because it puts a human face on war.

Disclaimer: Book was received from the publisher through netgalley.com in exchange for an honest review.
Labels: Civil War Iraq Islam Muslim Prayer