Skip to main content
Labels
Posted by Heidi (ReadingGrrl) May 05, 2016 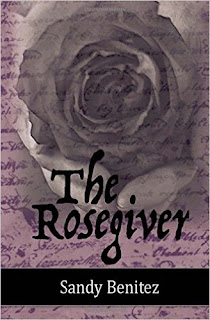 It is the late 1800s in rural England, seventeen-year-old Rachel Harper has been summoned by her aunt to assist with housekeeping duties at the family inn. She is also required to perform duties as a rosegiver, a messenger for the weak and the ill. On her journey to Rosethorne Inn, she meets a writer named John, who informs her about a rash of missing girls in town and nearby communities. He also discusses the topic of vampyres which intrigues Rachel and they soon become friends. Upon arriving at Thistle Grove, they are greeted by a young man, a graveminder, named Ronan. Shortly after, strange occurrences take place and Rachel is haunted by frightening dreams. On the eve of her eighteenth birthday, she is given a letter from her deceased father. Will she discover the secret behind the missing girls, the strange dreams, and the letter?

This book started out pretty good and then got confusing.  I loved the feel of the book from the moment Rachel got on the train, to the time they pulled up to her Aunts Inn.  The premise of the Rosegiver was interesting, and I would have liked to know more about this but I feel like it was put on the back burner for the vampyre story.

The idea of vampyres gave the book an eerie and mysterious air.  However it was after Rachel and Ronan start chasing down some magical elixir that the story started to unravel and become confusing.  From that point forward the small family inn seems to be a distant memory.  The ending was very abrupt and almost seemed like I was missing half the book.

Both pieces were well done, I just didn't feel like they fit in the same book.  It became too disjointed.

Disclaimer: Book was received from the author in exchange for an honest review.
Labels: Graveminder Sandy Benitez The Rosegiver Vampyers