Skip to main content
Labels
Posted by Heidi (ReadingGrrl) May 24, 2016 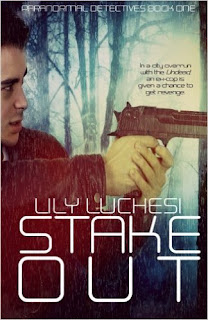 In a city overrun with the undead, an ex-cop is given a chance to get revenge... Danny Mancini is on a case, following a murder suspect. When he catches him, he finds out that the perp isn't even human: he's a 200 year old rogue vampire! The department doesn't believe him, and puts him on early retirement, despite his many years of service to the Chicago Police Department, which sends him into a downward spiral. Two years later, Danny gets an invitation from the beautiful, young and very attractive Detective Angelica Cross to join a secret branch of the FBI to help her track down Vincent, the wayward vamp. But renegade werewolves, meddling immortal witches and Danny's strange visions of a life lived a century ago with Angelica make things more difficult than it should be.


The beginning of this book has some issues but they quickly worked themselves out and I found myself flying through this book.  I loved the concept and the characters.  The heat between Danny and Angelica reminded me of Mulder and Scully of the X-Files.  There are subplots and set ups for future books which I thought was brilliant forethought from the author.  I really became engaged and found myself really relating to the characters.  I love how the mystery and romance meshed but didn't overpower each other.  In fact I loved it so much I immediately picked up book 2! Great start from a promising new author!

Disclaimer: Book was received from the author in exchange for an honest review.
Labels: lily luchesi paranormal detective stake out