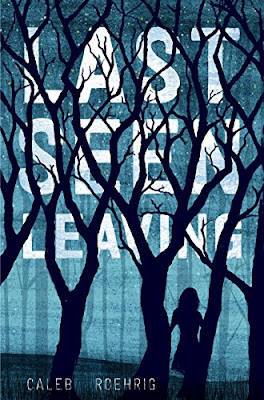 Flynn's girlfriend, January, is missing. The cops are asking question he can't answer, and her friends are telling stories that don't add up. All eyes are on Flynn―as January's boyfriend, he must know something.
But Flynn has a secret of his own. And as he struggles to uncover the truth about January's disappearance, he must also face the truth about himself.


Flynn's girlfriend is missing and Flynn is determined to figure out what happened.  By interviewing her new friends and co-workers Flynn discovers that he might not have known as much about his girlfriend as he had thought.  In addition Flynn comes to terms with a secret that has been plaguing him for a while.

This is not only a coming of age book but also a good mystery with an interesting take on how perception is not always what it seems.  There is also an underlying message of be happy with what you have, because money is not always the answer.

The writing is superb, and the characters very believable to a point. January still remains an enigma to me and I'm not sure where all the cops were while Flynn was running around putting all the pieces together.  While I get that teenagers might be more willing to talk to Flynn I have a hard time understanding why he didn't run into the cops while doing his investigation.

Putting that aside though I have to say this story held my attention and kept you guessing all the way to the end. Flynn's big secret is handled well and felt very honest.  I really liked this book.