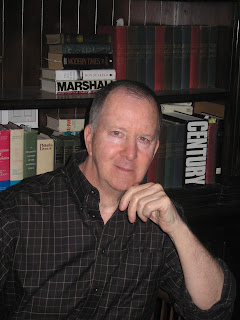 I am often asked why Resurrection: An American Journey uses an extraterrestrial civilization to explore the political and social disarray of our current society, to which I answer by pointing to the preface: "Today only in fantasy may one speak truth."

Since H.G. Wells, science fiction has been the genre of choice for warning an uninformed society against the forces of tyranny. Herman Hesse's Steppenwolf (1929) and Orwell's 1984 (1949) warned all societies of the result of totalitarian forces taking control by manipulating the message, rewriting the history and snuffing out any alternative perspective. Robert Heinlein exposed the hypocrisy and immorality of the politically correct consumer-corporate society of the 1950s through the eyes of a Martian come to earth in Stranger in a Strange Land (1961) and William Gibson's Neuromancer (1984) gave us a view of the result when the individuals within society don't take heed. As I've said before, the Resurrection saga is about the true "Throne Games" the powers-that- be-are running, and why it's accelerating. The big difference is that all my monsters are real.

I wanted to reach out to the Millennial generation, to tell them that they are right; something is wrong in our society and the soundbites they're bombarded with from the left or the right don't add up. I reveal why the politically correct messages of both sides is perpetuated on them, and how the various forces in control nullify debate for their political and economic agendas. The politically correct fear debate and free speech because that always leads to alternatives. My hostility of the politically correct mindset, is not about ideas or goals but rather how it stifles "critical thinking" Resurrection's characters, women and men of many complexions, political persuasions and sexual orientation aren't cliché superheroes, but rather individuals who begin to realize the power all humans have: Their own minds. Kirk Danner, we learn in the story is a Guardian, his message is: "Wake up, people — So are you". 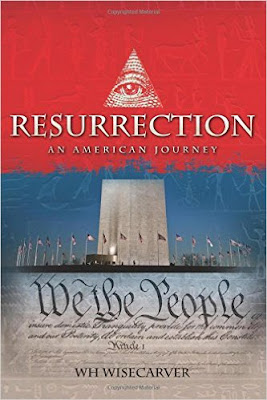 Most of what Millennials are dealing with today have deep roots in the human experience, technology has only speeded up the process. That's why I use the quotes at the beginning of each chapter, explaining how we've seen this before. I'm not trying to push any agenda on my readers, I've only weaved their real history into an entertaining narrative to explain: Here's where you are, this is how you got here, and here's how to change the path we, as a species, are on. I can tell this tale because, frankly, where I've been, most don't want to go. I witnessed the true facts behind the headlines and the soundbites over the past thirty years. Of course I'm attacked by the establishment (of both the left and the right), and accused of pushing "conspiracies" on my readers. However the history is there for anyone to explore. My readers will quickly understand fact from fiction.

In my view, the issue confronting Millennials awakening to their own power, is that they don't know their own history. I am constantly amazed at the lack of, or complete misunderstanding of our nation’s post-WW II history politically and economically. The Millennials are the first generation who understand technology, they are socially conscious, and environmentally aware. The vast majority of Millennials are rebelling against a society that's turning them into economic serfs. I'm only showing them how their potential is being stifled by a system that rose from the ashes of WW II. We, together, need to think about how to free ourselves from that system if we are going to evolve as a civilization. The first step, as I stated in Book I, Resurrection: Americans Awaken, is for we as individuals, to free ourselves from the political correctness of 'group think' and the lie of 'the futility of individual effort'.  In Book II, Resurrection: An American Journey, the new generation becomes aware of the history; how it effects their own lives, and what to do about it. Their journey shows them why that history has been censored and why forces in control don't want them to understand it. They realize that they are the bridge to the future and why they must, "Burn the myths of the past".

I’ve received feedback about how Resurrection's war scenes are too graphic, and that my depiction of
various sexual and occult traditions, are too controversial for a mass audience, but I wanted people to
understand the reality of war and those spectrums of the human condition, and that we each have a role to play in the greatest dynamic in earths’ history, our species evolution. Besides, I warned the reader up front that the Resurrection saga is not a tale for the “faint of heart."